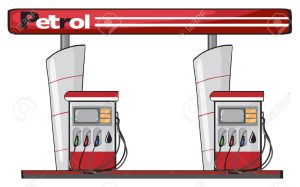 The Jammu Kashmir and Ladakh High Court passed a judgement on the 17th of January, 2023 in which the court ordered the respondent not to disturb the running of the petrol pump by the petitioner. This was seen in the case of Sonika Gupta vs Bharat Petroleum Corporation (WP(C) No. 65/2023 CM No. 162/2023). The case was presided over by The Honourable Mr Justice Rahul Bharti.

Respondent-1 was involved in the grant of the petrol pump. The allocation of petrol pump outlet was on licence basis for a 5-year period. The use of the land area for the petrol pump was on the basis of the lease for a period of 50 years since 2002.

Before the Supreme Court, a question was as to whether the injunction which was restored by the High Court in terms of its judgment could continue post the expiry period of the dealership in the year 2017 and on that basis the judgement, came to be set aside by Supreme Court with a period of six weeks given to M/s Shree Mukhtanand Auto Aid to vacate the premises. However, the Supreme Court spared an observation in its order that in case an application is moved for regularization in view of the changed policy in place of respondent no. 1, the same is to be considered on its merits.

Following the decision of the Supreme Court, the petitioner came to submit a formal application to respondent no. 1’s Territory Manager, duly received in his office whereby in terms of Policy Guidelines of 2018, the petitioner laid a claim to get the said petrol pump regularized in her name