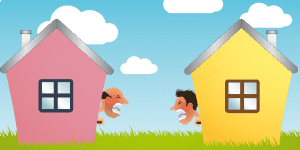 The Jammu Kashmir and Ladakh High Court passed a judgement on the 16th of January, 2023 in which the court ordered to put a stay on the previous orders passed by various authorities in the case. This was seen in the case of Prem Singh vs Ut Of J&K And Others (WP(C) No. 24/2023 CM No. 103/2023). The case was presided over by The Honourable Mr Justice Rahul Bharti.

The premise on which the setting aside of the Mutation came to take place followed by dismissal of the appeal as well as the revision is that the Civil Court has no jurisdiction qua the land in reference to coming forward with any decree in favour of the petitioner.

The court ordered the Petitioner to furnish registered postal covers within seven days whereupon the Registrar Judicial, Jammu to issue notice to the respondents. In the meantime, they asked to send for the record of Files from the office of the Deputy Commissioner, the Divisional Commissioner and the Financial Commissioner.