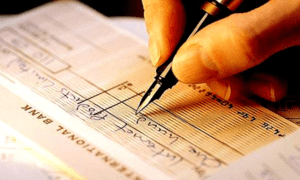 The Jammu Kashmir and Ladakh High Court passed a judgement on the 30th of December, 2022 in which the high court dismissed the petition on the basis that the petition lacked merit. This was seen in the case of Abdul Bari Ganie vs. Ghulam Hassan Dar (CRM(M) No. 520/2022). The case was presided over by The Honourable Mr. Justice Sanjay Dhar.

The petitioner had challenged the complaint filed by the respondent (referred to as complainant) against him alleging the commission of an offence under section 138/ 142 of the Negotiable Instruments Act. He alleged that the accused had issued two cheques for an amount of Rs. 5 lacs. This amount was unpaid due to insufficiency of funds. The complainant is stated to have issued a notice of demand through the registered post but the same was unanswered by the accused. The accused claimed that the notice was not served to him and he didn’t had the knowledge.

The court found that the complainant had fulfilled his duty by sending the notice of demand to the petitioner at his correct address but the same was returned due to refusal to collect by his family members. Despite the knowledge of the notice, he did not make the payments. So, all the questions, as to whether the accused had the knowledge of the notice of demand and whether he deliberately avoided the service of the notice, can only be answered after the trial of the case. During the summoning of the accused, neither the learned magistrate could answer this question nor these questions were determined by the High Court in these proceedings by holding a mini-trial. So, for the above-mentioned reasons, the court found the case did not fit under the ambit of Section 482 of Cr.P.C. the petition lacked merit and was dismissed.