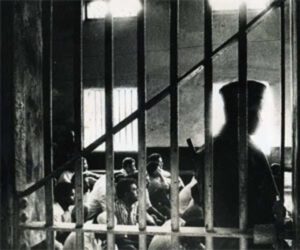 The Jammu Kashmir and Ladakh High Court passed a judgement on the 30th of December, 2022 in which the High Court disposed of the petition and the detention order issued against the accused. This was seen in the case of Reyaz Ahmad Sofi vs Union Territory of J&K and Ladakh (WP(Crl) No. 224/ 2022). The case was presided over by The Honourable Mr Justice Vinod Chatterji Koul.

Through the medium of this writ petition passed by the district magistrate, whereby the detenu, named Reyaz has been placed under preventive detention with a view to preventing him from indulging in activities which could prejudice the security, and sovereignty of the state. The main grounds, on which the detention is sought to be quashed, are that the grounds of detention are vague and indefinite. Respondents have filed reply/counter affidavit, insisting therein that there are very serious allegations against detenu as he has always been in the lead role in anti-social and anti-national activities, which are detrimental to the sovereignty and integrity of the country and, therefore, his remaining at large is a threat to the security of the State. The basis on which the detention was made wasn’t told to the detenu because of which he cannot make use of the constitutional right.

The procedural requirements have not been followed and complied with by the respondents in letter and spirit and resultantly, the impugned detention needs to be quashed. The procedural requirements were not followed by the authorities. Based on the above reasons, the petition was disposed of and the detention order was quashed. As a result, the respondent was directed to set the detenu at liberty because he wasn’t required in any further case.