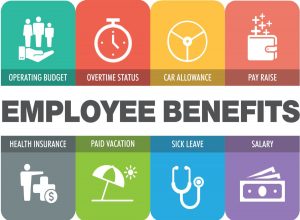 The Gujarat High Court has reaffirmed the legal stance that once employees have accepted the benefits under the Voluntary Retirement Scheme, they cannot contest the scheme. This was the case in GOHIL RAMESHBHAI AMARSINH v/s INDIAN PETROCHEMICALS CORPORATION LTD, and the Honourable Justice Biren Vaishnav presided over the judgement.

FACT OF THE CASE-

The VRS occurred against the backdrop of the Central Government’s disinvestment in Indian Petrochemicals Corporation Limited. Reliance Industries Limited became the company’s largest shareholder. In order to reduce the workforce, two schemes were implemented: the Voluntary Separation Scheme and the Special Separation Scheme.

The petitioner-workmen argued that around 2,400 employees had applied for the programme, but no period was offered for employees to withdraw from the programme. It was stated that the Petitioners were compelled to apply for the programme under threat of transfer to other places.

The Company, on the other hand, asserted that as of the appointed date, 19 employees had requested withdrawal and were granted permission to do so. Prior to acceptance, the present Petitioners had not withdrawn their applications. In addition, they accepted all of the scheme’s advantages and then began an industrial dispute.

Petitioners argued that the scheme remained in effect until March 20, 2007, and that the Company did not have the opportunity to decide the applications until March 21, 2007. They noted that as the Petitioners withdrew their applications prior to the 26th March dispatch of acceptance letters, there was no acceptance of the proposal in accordance with the Contract Act.

According to Sections 4 and 5 of the Contract Act, the acceptance was complete, hence the company contested this argument. Having accepted the benefits, the Petitioners were now precluded from challenging them before the Labour Court

JUDGEMENT OF THE CASE-

The Gujarat High Court has reaffirmed the legal stance that once employees have accepted the benefits under the Voluntary Retirement Scheme, they cannot contest the scheme.

In addition, they cannot argue that they should be allowed to continue receiving job services after they have taken the funds, according to the document.

Reiterating this approach, Justice Biren Vaishnav declined to overturn the Labour Court’s decision that the employees withdrew their VRS petitions after their applications were accepted by the employer and the sums were paid.