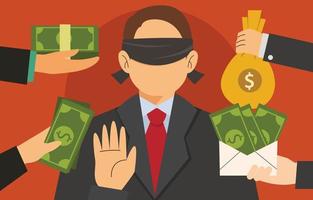 The plea to acquit appellant of prosecution under PMNLA was upheld by the Supreme Court through the learned bench led by HONOURABLE MR. JUSTICE Dinesh Maheshwari in the case of PARVATHI KOLLUR & ANR. Vs. STATE BY DIRECTORATE OF ENFORCEMENT (Criminal Appeal Case No.1254 of 2022)

FACTS OF THE CASE: Brief facts of the case are as follows; In the present case The accused, a Deputy Revenue Officer, was the subject of a complaint filed by the Lokayukta Police under Section 13(1)(e) read with Section 13(2) of the Prevention of Corruption Act, 1988. The Directorate of Enforcement filed a complaint with the Special Court under Section 3 of the PMLA Act while the trial was still pending against the accused, his wife, and his kid. The Special Judge (Lokayukta) later exonerated him of the charges brought against him under the 1988 Prevention of Corruption Act, stating that the evidence presented by the prosecution was insufficient to convict him. The accused then filed a motion for release in the matter involving the PMLA Act under Section 277 of the Code of Criminal Procedure, 1973. One of the accused passed away, and the Trial Court then released the other accused, noting that the commission of a planned offence was a requirement for proceeding under the PMLA Act and that the occurrence of a scheduled offence was the fundamental condition for “proceeds of crime.” The High Court overturned this discharge ruling after granting the Revision Petition submitted by the Enforcement Directorate.         This decision was again appealed in the Supreme Court.

JUDGEMENT: After reviewing the submissions of both the sides, the Hon’ble court opined that According to the 2002 Act, the authorities are prohibited from prosecuting anyone based solely on the supposition that a scheduled offence has been committed unless the offence has been reported to the local police and/or is the subject of an ongoing investigation or trial, including a criminal complaint before the appropriate forum. The crime of money laundering cannot be committed against the person or anyone claiming that the property in question is the property linked to the specified scheduled offence through him if the person is finally released/acquitted of the scheduled offence or the criminal case against him is dismissed by the court with jurisdiction over the matter.While granting the appeal, the court made the following observation: Despite the fact that the accused No. 1 had already been exonerated in relation to the scheduled offence and the current appellants were not charged with any scheduled offences, the High Court was incorrect in setting aside the discharge order.