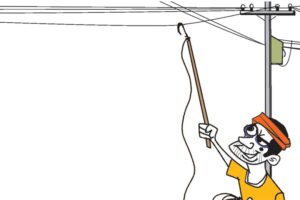 The Gujarat High Court on 2nd August 2022 upheld a man’s acquittal under Section 135 of the Electricity Act for alleged unauthorised connection and stated that ownership/possession of the property in question must be considered, through a single bench of Justice Ashokkumar C. Joshi in the case of State of Gujarat vs Balvansinh Amarsinh Raj (Criminal Appeal No. 21 of 2010).

According to the facts of the case, the present Appeal was directed against the impugned judgement and order passed in Special Case No. (Electricity) 58 of 2007, by Sessions Judge and Special Judge, Bharuch, dated 25.8.2009, which acquitted the Respondent – Original Accused – Balvantsinh Amarsinh Raj (the Respondent). He was charged with the offence punishable under Section 135 of The Indian Electricity Act 2003 (herein referred to as “The Electricity Act”).

The Deputy Engineer of the South Gujarat Vij Company Ltd filed a complaint accusing the Respondent of electricity theft. The Applicant supposedly did not have a regular connection and acquired an illegal direct connection from a low transmission line. It was stated that an average bill of Rs. 2 lacs was produced and sent to the Accused, which he did not pay, prompting the filing of the current complaint.

The APP challenged the trial court’s order by relying on the depositions of multiple witnesses described as “trustworthy and reliable” along with other documentary evidence.

The Respondent, on the other hand, contended that the Prosecution failed to show that the Accused owned the property. As a result, there was no need to interfere with the judgement order.

The single bench noted that the lineman at the time was cross-examined and stated that he had no idea of the number of people residing at the location. The seized captioned wire was easily accessible in the market and did not contain any marking paper. Furthermore, there was no open-wire/PVC wiring at the Accused’s residence. The Panch Witness also admitted that the captioned wires made theft impossible. Another Panch Witness had been enraged.

The in-charge PSO at the Police Station also stated that he had only registered the offence and had done “nothing” afterwards. Notably, there was no proof of the Accused’s possession or ownership of the place of occurrence.

Accordingly, the appeal was dismissed.