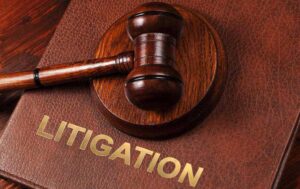 The Gujarat High Court on 17th August 2022 ruled that simply because a benefit accrued to the litigant as a result of the operation of interim orders, the litigant cannot claim such benefits when the litigation is later decided against them, through the single bench of Justice Biren Vaishnav in the case of Kumanbhai Chatrabhjubhaihujbhadaraniya & 18 Other(s) vs Manavadar Municipality & 14 Other(s) (Second Appeal No. 164 of 2002).

According to the facts of the present case, the Appellants, who were the Original Plaintiffs, filed the present Second Appeal No. 164 of 2002.

The Petitioner-workmen were employed on a daily basis as clerks, watchmen, and so on, and they contended that they had been fired from the Municipality without due process. The Trial Court decided in their favour in part by prohibiting their termination unless in conformity with the law. However, the Trial Court decided that the suit was not maintainable under Section 9 of the CPC.

The Petitioners filed a First Appeal, which was denied on the grounds that, in an industrial dispute, the issues of the party’s rights and duties may only be resolved by the Labour Court under the Industrial Disputes Act. The conclusions of the lower courts were challenged in this Second Appeal. The Petitioner mainly contended that the appeal had been pending before the High Court since 2002 and that the Appellants had continued to serve as a consequence of the interim orders. The Court should be pragmatic and issue consequential orders.

On the contrary, the Municipality/Nagarpalika supported the orders, contending that the Civil Court lacked jurisdiction in this case due to the terms of the ID Act.

After perusing all the contentions made by the parties, Justice Vaishnav reiterated that, under Section 100 of the CPC, the scope of Second Appeals is very limited and must be heard only for substantial questions of law. Acknowledging that the main question was whether the Civil Court erred in refusing to hear the suit because it was prohibited by jurisdiction, the bench decided affirmatively.

The High Court refused to provide benefits in conformity with the interim orders issued in favour of the workers. Notably, the Court criticised the Petitioners’ approach, indicating that they should have sought the ID Act remedies. They chose to appeal, and when that failed, they went to the High Court. the single bench also expressed regret that the appeal could not be resolved expeditiously. That, however, does not give them the right to demand benefits to which they are not entitled.

Accordingly, the second appeal was dismissed.