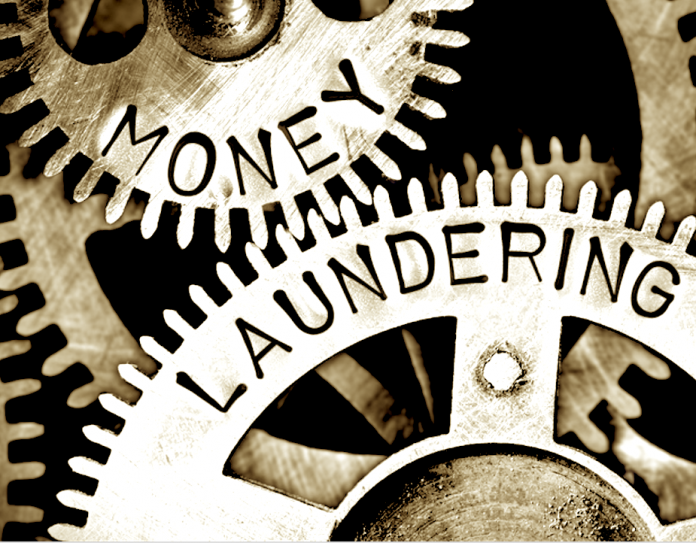 I knew no joy till I went poor;

For many a false man as a friend

Came knocking all day at my door.’

Money is not just a means for sustaining livelihood but is a symbol of status and social standing. And when man has accomplished all needs for sustainability, it is the need[1] for social acceptance that fills him with a desire for money. It is this human desire to accumulate as much wealth as possible that tempts him into committing crimes. What’s worse is that when this desire outweighs any moral considerations, it becomes irrelevant to man if the source of that income is legitimate or not. And to hide this pool of illegitimate money, insatiable individuals resort to methods such as money laundering of devising unique strategies to shift money through well-planned routes to unknown territories.

Money laundering is a term used widely ranging from investigative agencies to disciplinary research. While everyone is quite well-acquainted with the concept of it, the most common legal definition of money laundering is “It refers to a financial transaction scheme that aims to conceal the identity, source, and destination of illicitly-obtained money”[2]

Placement- The first stage in when the money derived from illegal activity is handed over to the launderer or the one who is entrusted with the task of money laundering. This is also the stage where money is for the first time injected in to the financial system.

Layering- Second, this intermediary passes on the money into a series of transactions that are complex and involve multiple stakeholders. The reason behind carrying out such varied scheme of transaction is to hide the identity of the individual who initially gained the money from criminal activities.

Integration- Thirdly the money is returned back to the mastermind under the disguise of some legal transaction.[4] It also enters into the entire financial system as if it is acquired by ordinary means.

This whole process of money laundering clearly indicates the level of sophistication involved in curating and executing a plan like this. In a country like India, where much less complicated crimes are left unchecked and

Reasons to tackle the problem of money laundering

The social and political costs of money laundering, if left unchecked or dealt with ineffectively, are serious can weaken the social fabric, collective ethical standards, and ultimately the democratic institutions of the society, the impact of money laundering can be summed up into the following points:

History of legal intervention in India

The Conservation of Foreign Exchange and Prevention of Smuggling Activities Act, 1974, The Income Tax Act, 1961, The Benami Transactions (Prohibition) Act, 1988 are a few acts that have touched the issue of money laundering. “Benami transaction means any transaction in which property is transferred to one person for a consideration paid or provided by another person;”

Section 3 of the Act states that properties acquired under Benami transaction are liable to be acquired by the competent authority without any liability of compensation to be payable by such authority[5] thereby categorically debarring anyone from entering in such a transaction.

It must also be noted that the Indian Penal Code of 1860 is the major substantive law which identifies a number of criminal activities and also prescribes penalties for them. The Code of Criminal Procedure of 1973 is a piece of procedural law which lays down procedures to be followed in criminal cases. To have a complete overview of money laundering activities in India, once needs to look into these as well.

The Prevention of Money Laundering Act

Our country has criminalized money laundering under both the Prevention of Money Laundering Act, 2002 (PMLA), as amended in 2005.  This act levies a fine up to Rupees five lakhs, this upper limit of fine which the new bill proposes to remove and increase. The Prevention of Money Laundering Act, 2002 is an Act of the Parliament of India enacted to prevent money-laundering and to provide for confiscation of property that is derived from money-laundering.

The Act imposes obligation on banking companies, financial institutions, and intermediaries to verify identity of clients, maintain records and furnish information in prescribed form to the competent authorities formed and appointed in that regard.  The PMLA seeks to combat acts pertaining to money laundering in India and in view of this, it mainly has three main objectives: (1) Prevention and control of money laundering (2) Confiscation and seizure of property obtained from laundered money (3) Manner to deal with any allied issued

The PMLA is undoubtedly the most exhaustive piece of legislation meant to identify acts and practices pertaining to money laundering and combat the effects thereof. Section 3 of the PMLA describes the concept of money laundering.  Under this, those activities are included there are ‘attempts to indulge or assist other person’ or become ‘involved in any activity connected with the proceeds of crime and projecting it as untainted property’. The section of ‘Proceeds of crime’ helps understand the scope of the term money laundering within the PMLA and what activities constitute it. This term is also defined to describe properties and assets acquired out of a criminal activity.

An intergovernmental body established by the G-7 Summit in Paris in 1989 – The Financial Action Task Force on Money Laundering (FATF) is responsible for setting global standards on anti-money laundering and combating financing of terrorism. India was the 34th country  to be a  member of the Financial Action Task Force in 2010 . India is also a signatory to various United Nations Conventions which deal with anti -money laundering and countering financing of terrorism. This only signifies India’s readiness to involve itself to end this practice globally.

The Prevention of Money Laundering Act 2002 is going to be further amended by The Prevention of Money Laundering (Amendment) Bill, which has been introduced by the Minister of Finance in the Lok Sabha on December 27, 2011. This Bill proposes to introduce the much debated concept of ‘corresponding law’ to link the provisions of Indian law with the laws of foreign countries. It also seeks to add the concept of ‘reporting entity’ which would include a banking company, financial institution, intermediary or a person carrying on a designated business or profession within the purview of the act.. The Bill expands the definition of offence under money laundering to include activities like concealment, acquisition, possession and use of proceeds of crime.

Such elaborated and well- designed legislation is the need of the hour, if we were to tackle the problem of money laundering. As already discussed, the effects of money laundering are disastrous and can disrupt the economy of an entire nation. It is of utmost importance that we devise innovative and smart ways to combat this issue so that each individual is not a victim of economic inequity.