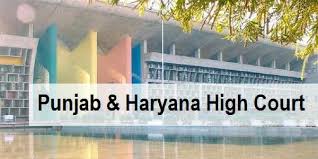 The Court in this case noted that initially the mother had the custody of the daughter and she had admitted her in a school in Panipat. Further, as per Section 6 of the Hindu Minorities and Guardian Act, 1956, the custody of the child below five years usually lies with the mother and in the present case the daughter is 3 years and 7 months. Hence, the Court stated that “time of instituting proceedings before the family court, the mother was the deemed natural guardian of the minor child and therefore, the natural custody would also be presumed to be with mother, regardless of the place where the child was actually residing physically at the that time.”

The Court further noted that “Petitioner, having once acquiesced to the jurisdiction by not raising the issue of territorial jurisdiction before the Division Bench or not seeking leave to pursue the same or even otherwise also not pointing out that he would be pressing for the same through the instant proceedings, the said issue cannot be raised at this belated stage, as the same would defeat the very purpose of directions issued by Division Bench of this Court.”