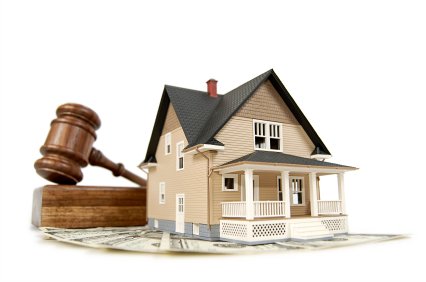 The revisional jurisdiction of the High court, as per the Rent Control Act, is narrower than an appellate jurisdiction as it is confined only to finding perservity of evidence and cannot further reexamine the facts of the case. This was laid down in the case Velluvankandy Kamalkutty v. R.M Muneer [RC Rev No. 288 of 2018] by single bench judge of Hon’ble Justice P.V Kunhikrishnan in the High Court of Kerala.

In this case, the respondent is the tenant and the revision petitioner is the landlord of the building that is being dealt with in the case. This petition is filed in response to a previous petition which was dismissed, both for the purpose of eliciting an order of eviction from the court as per the Kerala (Buildings Lease and Rent Control) Act. The case of the petitioner is that the tenant has caused substantial damage to the utility of scheduled building by using it negligently and in a reckless manner. Further the landlord also asserts that the tenant has defaulted in payment. The tenant however counter argued that there were no arrears due by him and in fact the tenant had never agreed to the increase in rent.

After examination of witnesses and evidences, the Rent Control Court reached the conclusion that the landlord was not entitled to an order of eviction as per the aforementioned act. In this case, the petitioner has tried to point out that due process was not followed by the lower authorities.

The High court threw light on the scope of powers of a high court in matters of a revision petition under Section 20 of Kerala (Buildings Lease and Rent Control) Act. It relied upon the case of Hindustan Petroleum corporation Ltd v, Dilbahar Singh [2014 (4) KLT 182] where it was stated “the view expressed in Sri Raja Lakshmi Dying works and Others v. Rangaswamy Chettiar, 1980 (4) SCC 2595 that where both expression “appeal” and “revision” are employed in a Statute, obviously, the expression “revision is meant to convey the idea of a much narrower jurisdiction than that conveyed by the expression ‘appeal’. The use of the two expressions ‘appeal’ and ‘revision’ when used in one Statute conferring appellate power and revisional power, we think, is not without purpose and significance.”

The High court cannot re-appreciate the evidence to come to a different conclusion but its consideration of evidence is confined to find out legality, regularity and propriety of the order made. Its only purpose is to find out that the facts ascertained by the lower authority does not suffer from any error of law.

This explains that the revisional power is not coextensive with the power of appeal. If this was the case, then the high court would be a second court of first appeal. The court further went on to state that the revisional power is subject to limitations inherent in all revisional jurisdictions. The expression used for this kind of jurisdiction is ‘legality’ and ‘propriety’ while the high court has wider jurisdiction as conferred by S. 115 of the code of Civil Procedure. By virtue of this, the court cannot interfere in a case where documents and evidences have already been rightfully examined to reach a conclusion.