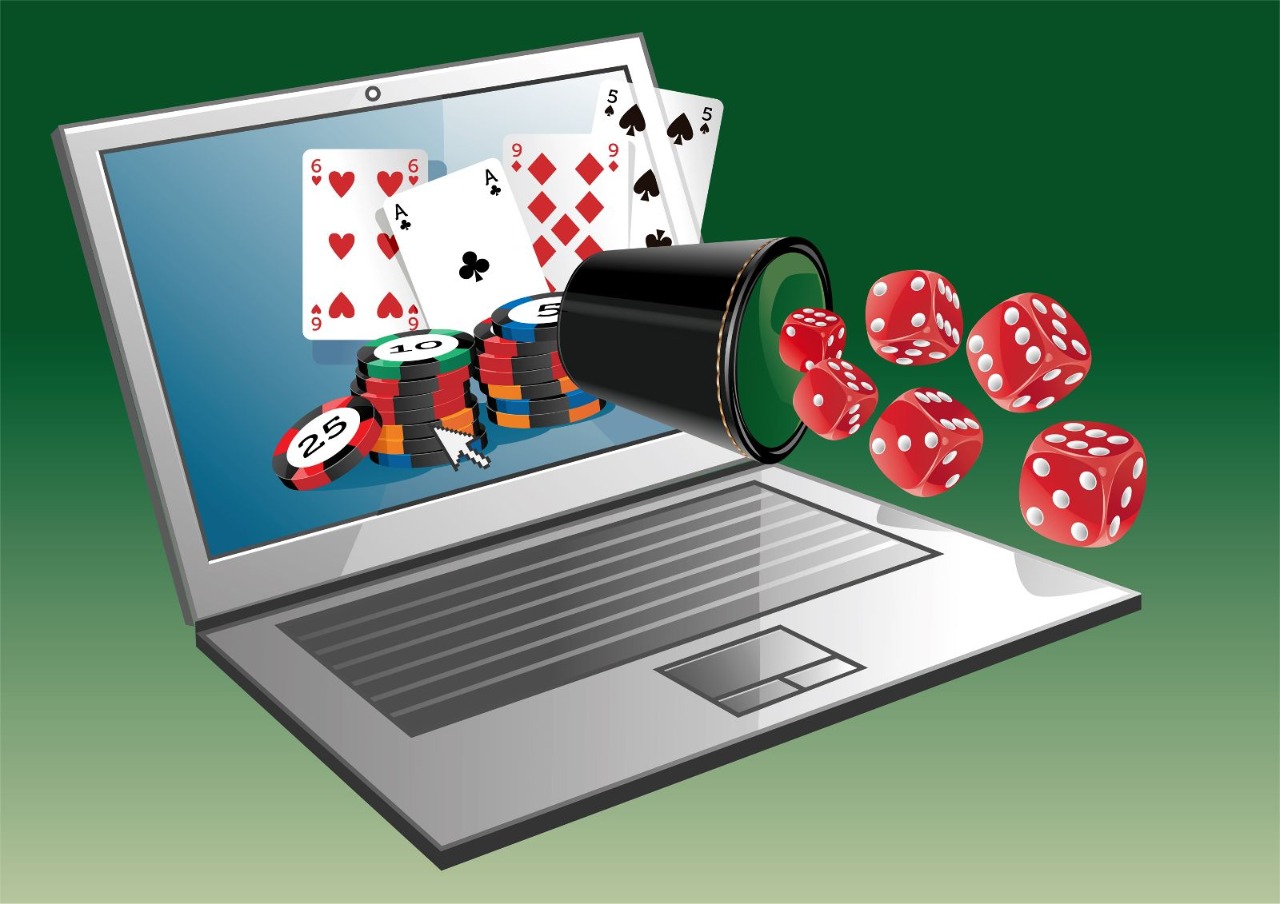 The practice of betting for amusement and an explicit desire to make effortless money is present in the annals of Indian history. The ancient scriptures [1] of the land validate this fact where it has been commanded from divine sources to abstain [2] from indulging in games like these for reasons of immorality and sin. The mode adopted for playing has however transformed over time due to external influences like digitization and the spread of the internet. Online betting is now perhaps the most prevalent form of gambling. The extent of the growth of its online presence could be analyzed by trends of betting in the gaming community [3]. A study done in the year 2017 [4] suggested that by 2021 growth of the online gaming industry in India (such as online poker, online rummy, and fantasy sports) will amount to One Billion Dollars.

But what could be the possible ramifications on the economy and socio-political structure of the country when an activity of that scale goes unregulated by the law? To explore this, we must have a fair understanding of the existing legal and regulatory framework in place that governs online betting in India.

At present, gambling in India is regulated amongst others, by the Public Gambling Act in the year 1867 [5]  formulated by British Indians who were wary of the gambling culture among Indians. Gambling in common parlance refers to winning or losing (usually) an extravagant amount of money based on some fortuitous event [6]. Online gambling (or online betting as it is called) on the other hand has the same elements unless it gets incorporated with a new dimension of ‘gaming’. There is a blurred line between the definitions of online betting and conventional gambling and this confusion also translates itself into the legal sphere.

In addition to this, the state legislators are, by the Seventh Schedule (Entry 34, List II) of the Constitution of India, given exclusive powers to make laws for betting and gambling. When a specific amendment by the state is promulgated in this regard, the parent act can be repealed for that particular state.

Legal discussions around online betting usually revolve around two terms associated with it. One is ‘games of skill’ and the other is ‘games of chance’.

Definition of games of skill, according to the courts in various judgements ,involves certain parameters being a developed strategy, physical coordination, technical expertise and knowledge. It is an exercise upon known rules and fixed probabilities.[7].

Now the second ingredient which is physical co-ordination is the thing that separates sports gambling from online betting in games such as Rummy, Poker, and Fantasy sports games. This is also the area of legal jurisprudence whereupon courts have not commented with clarity. Thus online betting and online gaming are not well defined till this time. The courts don’t seek to give a practical explanation to the difference underlying between the two categories of games and have instead propounded a very basic principle which is- games where chance dominates over skill are prohibited while games where skill dominates over chance are permitted [8].

So even when gambling has been prohibited by most states, we see that online games somehow accommodate betting under the pretext of ‘games of skill’ making them legal. It must be noted that these games of skills have a huge element of chance that is overlooked. The thin line between these two implies that as long as online games have some element of skill involved, it cannot be regulated under the gambling act. What this clearly indicates is that our judicial machinery must help interpret and provide a reliable definition of gambling in the digital world.

In State of Andhra Pradesh v. K. Satyanarayana & Ors [9], the same court while holding that the card game – “Rummy” is not a gambling activity. It stated that the game of Rummy had in itself an ingredient of skill and this can be understood if one studies the way the game is played. Anyone well versed with the functioning of the game will know that success in the game is dependent on good memorizing skills. In Rummy the player, in order to gain victory, should be acquainted with the correct sequence of holding and then discarding the cards. Keeping this in mind the court held that it is mainly a game of skill.

In  State of Bombay v. R. M. D. Chamarbaugwalal [10], the Apex Court held that gambling convers those games defined under the central act and state acts respectively. But when a significant degree of skill is involved in that game, it cannot fall under the purview of gambling even if there is element of chance. Again the aspect of preponderance comes in to picture and it is said that as long skill is the dominant factor, it cannot be categorized as game of chance.

In M.J. Sivani & Ors. v. State of Karnataka [11], the Apex Court observed that a player who is skilled might be either lucky or unlucky. The emphasis here was about preponderance of chance over skill. If the element of chance supersedes that of skill, it cannot be a game of skill. The court then said that it would be impracticable to decide whether a game is game of skill or of chance. It is a subjective case and depends solely on the facts of that instant case.

The Apex Court once again explored the meaning of ‘games of skill’ in Dr. K.R. Lakshmanan v. State of Tamil Nadu, where it stated games could either be of chance, of skill or of skill and chance both combined. The reasoning of these courts runs such that there only few games which consist purely chance or skill. They mean that the majority of games consist both elements and the test lies in determining which dominates the other. It is the element that holds more weight that finally decides the nature of that game.

Regarding the game of Poker, the Bangalore High Court held that the license is not contemplated if played as a game of skill in Indian Poker Association v. the State of Karnataka [12].

Regulatory bodies are fundamental to any sphere of activity that impacts a large number of people. Unfortunately, there is no neutral body to regulate these online gaming companies. The individual industrial bodies are given a lot of autonomy as a result of which they are not accountable to any supervisory head. This gives them the power to function at their own whim and fancies. Such a situation proves to be most problematic when the public has to suffer after getting lured by false and misleading advertisements.

Certain bodies like the AIGF have already expressed their concerns and also requested the Prime Minister to direct the Enforcement Directorate to investigate and take action against offshore betting websites. These sites are responsible for illegally offering Indian citizens and accepting bets from India. This is in contravention of the Information Technology Act and Foreign Exchange Management Act.

Further, a rough analysis of law commission reports on gaming laws reveals that even though a lot of debates and deliberations have taken place around the concept of online gaming, it is still insufficiently clear to meet the needs of gaming investors who want to ensure compliance with laws of the land.

The Sports (Online Gaming and Prevention of Fraud) Bill, 2018[13] is a classic example to show how the mindset of Indian legislators have started to incline towards stricter regulation of online games. States like Andhra Pradesh have already begun considering the option of including online games in the state Gaming Act.

On the other end of the spectrum, it is said that talks between the Ministry of Youth Affairs and the Government of India to completely legalize online games are on the way[14]. Also, the NITI Aayog’s guiding principles reveal the good intent from the government and give hope that this will pave way for some real legislative work in the field of online gaming.

An Amendment to the existing act is the easiest way to remove the anomalies and create clarity in the interpretation of online gaming vis-à-vis betting. Accordingly, a commission should be constituted to move things in the right direction.

Like every other huge policy change, the country must be ready to withstand the requirements that come along. India needs to create a comprehensive plan for implementation and regulation of the whole system of online gaming before legalization. The outcome of an otherwise scenario would be disastrous for both- the government and the public at large.

[3] Should Gambling Be Legalized in India?

[8]Online Gaming In India: A Legal Puzzle by Akshay Sachthey