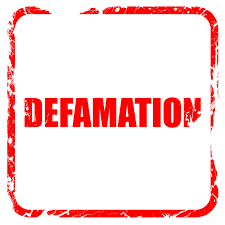 A court can post a matter for arguments in a case of defamation if the defendant repeatedly fails to produce evidence in the court when given the opportunity to lead the evidence. This was decided by the High Court of Karnataka in H.D Devegowda v. Nandi Infrastructure Corridor Enterprise Ltd. [W.P No. 725 of 2021] by a single bench consisting of Hon’ble Justice Krishna S. Dixit.

The facts of the case are that the respondent had filed a defamation suit and had produced oral and documentary evidences successfully. However, the petitioner being the sole defendant in the original suit did not avail the opportunity given to lead the evidence. The judge of the civil court posted matters for arguments thereby closing the window to allow further evidences. This petition has been filed under Section 226 and Section 227 of the Constitution to set aside the order and permit to adduce the evidence of the petitioner.

This court elaborated on five grounds to explain why it was unfit to interfere in the order made. Firstly, it stated that the original suit of defamation was filed in the year 2012 for damages worth Rupees Ten Crore. The issues were framed and evidence was procured from the plaintiff years ago. But the petitioner and his counsel remained absent as a result of which the case was posted for arguments.

Secondly, after the suit reached the argument stage, no plausible reason was given by the petitioner for not producing evidence within the stipulated time. Thirdly, the judge of the civil court has rightly pointed out that such leniency only proves that the intention of the petitioner was to drag the suit and delay the verdict of the court. This is reflected by the language used in the order sheet and the writ court cannot dispute with the learned judges of the courts below.

Fourthly, and perhaps most importantly, the court said that a suit of defamation must be tried as soon as possible because here the stakes are high. This is due to the fact that the reputation of a person is most sacrosanct and right to reputation is a part of Article 21 of the Constitution of India. It further stated “Any claim for redressal for the hurt of reputation merits speedier consideration and ideally speaking, before the public memory fades; in defamation suits, awards of damages in terms of money hardly constitutes a full recompense for the injury suffered; delayed justice makes it still worse; this is an added reason for the speedy trial of such suits; they cannot be allowed to be dragged on indefinitely. This makes the order unfit for challenge”.

Fifthly, the court referred to judgement made by Supreme Court in Sadhana Lodh v. National Insurance Co. Ltd & Anr [(2003) 3 SCC 524 ] where it was held that as long as the lower court functions in accordance with rules  and reasons of justice, the Writ court cannot conduct a deeper examination of the merits of the case.