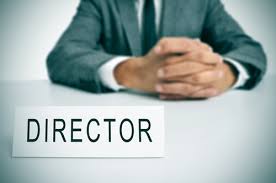 The Delhi HC permitted the writ petition to stand still and the court decided to quash all impugned orders made by the respondent (service tax authority) because it was found to be ultra vires to Sec. 87(b) (i) of the finance act 1994. The bench in the matter of Sanjiv Kumar Mittal vs Deputy Commissioner (TRC), CGST Commissionerate Delhi South & Ors, [W.P. (C) 5590/2020 & CM APPL.20200/2020] was headed by J. Manmohan & J. Sanjeev Narula, who opined that Single director can’t be selectively targeted to make payments in recovery of past dues on behalf of the whole company, it’s against the rule of natural justice.

The petitioner was a former director in the respondent’s (no. 6’s) company & he resigned from this post within a year of his appointment (22nd august 2014 to 8th July 2015). The petitioner filed the writ before the honorable Delhi HC challenging the act of the respondent (service tax authority), who initiated several orders selectively targeting only the petitioner for recovery of its tax dues from the company for which they relied upon the finance act of 1994.

The council for the petitioner argued that the directors of the company and company are two separate juristic entities, further the show cause notice was not issued to the petitioner but only to the company and that had no relation or reference to the petitioner in his personal capacity. Contradicting the above view, the council for the respondent argued that the directors of the company possess a vicarious liability for all the acts of the company and can’t take the defense of being in good faith. The court here recalled the judgment of the Bacha F. Guzdar, Bombay vs. Commissioner of Income Tax, Bombay, AIR 1955 SC 74, stated that, “…a company and its directors are separate and distinct juristic entities and this distinction cannot be jettisoned unless there is a specific statutory provision to the contrary or till a case for lifting of the corporate veil is made out.”

The Delhi HC while delivering the relief held that “The present writ petition is allowed without costs and the Demand notices dated 21st May, 2019 (Annexure P-5) as well as 08th November, 2019 (Annexure P-6) and attachment order dated 08th June, 2020 (Annexure P-11) are quashed.” Further the court continued stating that, “Any action taken by the respondents in pursuance to the impugned notices/order and OIO dated 08th August, 2018 against the petitioner are also set aside.”