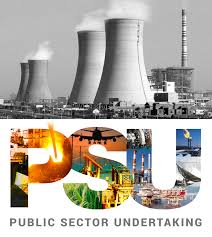 With the authority and power to decide comes a big responsibility to decide correctly. Unless the institutions hold such person(s) who have been conferred such authority accountable for their patently arbitrary decision, it is difficult to rein in. The remarkable judgment was given in the matter which was headed by J. Anil Kshetarpal, in the matter of Meena Yadav v. Hindustan Petroleum Corporation Limiter and others [Civil Writ Petition No. 2829 of 2020], where it was observed that the public sector undertakings appreciate gigantic attentiveness while conveying state’s largesse’s. Notwithstanding, when the choices which were taken whenever discovered completely self-assertive and unseemly, at that point the courts are constrained to mention certain objective facts.

The respondent corporation issued an advertisement for inviting applications for the allotment of retail outlet proposed to be set up at various locations within 1 km from Gopal Dev Chowk on Rewari Narnaul Road NH-11. The petitioner submitted an application under “DC/”B” category along with requisite fee of Rs. 10,000/-. In the same application the details of the land so offered was disclosed. In the draw of lots, the petitioner turned out to be lucky and the same was informed her with a request to remit a sum of Rs.50, 000/- as initial security and submit the required documents. The Land Evaluation committee which was set up by the respondents evaluated the land and the communication of the same was made to the petitioner. It was also informed that her land is ineligible because of a 68 meter median cut. The petitioner pointed that there was no cut present within 100 meters of the site.

The learned counsel appearing for the corporation had defended its action on the ground that on the day of visit, the gap/break/cut in the median was in existence and therefore, the Land Evaluation Committee had no choice but to recommend her disqualification.

The court observed that “Constitution’s vision of justice enshrined in Article 14 of the Constitution of India provides that “The State shall not deny to any person equality before the law or the equal protection of the laws within the territory of India”. Basis structure of the Constitution provide that there shall not be any discrimination between any one including the haves and have not’s. Unless the institutions hold such person(s) who have been conferred such authority accountable for their patently arbitrary and unconscionable decisions, it is becoming difficult to rein in. In the present case, it has been found that the impugned decision taken falls in aforesaid category. The petitioner herein is pitted against wife of a politician who was a Minister in the State Government. This Court leaves it to the respondent oil company to take suitable steps”.