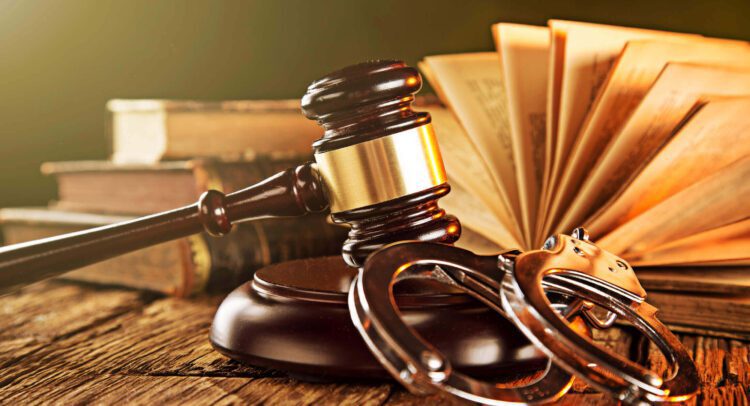 The Karnataka High Court under Justice M Nagaprasanna in Dr MG Bhat and others v. State of Karnataka & ANR(WP 11949 of 2022 C/W WP 12182 of 2022) has dismissed the FIR filed against office bearers of the Karnataka Golf Association by a former member of the Association, under the provisions of the Scheduled Caste and Scheduled Tribes (Prevention of Atrocities) Act.

Since 2014, the Association had A M Suresh Raj as a temporary member. After an investigation into an event that is said to have happened in 2019, he was expelled from the organisation. He reapplied for membership in 2019 under the life member category. He received a notification from the association on October 14, 2002, informing him that he had not received enough votes to become a life member of the organisation. Before the Registrar of Societies, this is contested. The association is instructed to hold new meetings and evaluate the complainant’s application by the Registrar of Societies. The association submits a request for the order to be recalled. Later, the complaint initiates a civil lawsuit in which he asks for a number of reliefs, including a statement that the association’s denial of his life membership is invalid and damages. The group refuted the lawsuit. Later, the association is instructed to review the complainant’s membership within 30 days by the registrar of societies’ order dated 19-05-2022. The association called a meeting of the managing committee as soon as it received the order to plan the future steps. On June 14, 2022, while the meeting was still going on, the complaint stormed in and demanded that the organisation immediately accept him as a member in accordance with the order issued by the Registrar of Societies. According to the petitioners, the complainant interrupted the meeting and then filed a police report under sections 504, 506, and 34 of the Indian Penal Code as well as sections 3(1)(r), 3(1)(s), and 3(1)(u) of the act.

The bench observed that the narration in the complaint is quite gory. Who has hurled what, is not indicated. Vague statements are made in the complaint and abuses have admittedly been hurled in the four corners of the meeting hall. The allegation is that, the office bearers i.e., the petitioners have hurled abuses in the meeting hall. Based on the said substratum of the complaint, a crime comes to be registered in crime No. 119 of 2022 for the aforesaid offences. If the narration of the complaint is juxtaposed to the link in the chain of events as narrated hereinabove, what would unmistakably emerge is that, the 2nd respondent is seeking to settle his score for the act of the petitioners for not having immediately implemented the order of the Registrar of Societies and admit him as a life member into the Association. The complainant becoming disgruntled is seeking to use the provisions of the Act against the petitioners in particular, alleging hurling of abuses. The submission of the learned senior counsel appearing for the complainant is that, the Association did not know that the complainant belonged to Scheduled Caste or Scheduled Tribe till he submitted his application to become a life member. What is to be noticed is, the application submitted by the complainant to become a life member passes through the rigmarole of procedure. He does not secure adequate votes that are necessary to become life member. There were 32 applicants and the 2nd respondent who did not get adequate votes was not taken as a member. Therefore, the petitioners even assuming that they did not know the caste of the complainant, even according to the submission, they came to know that when his passport was submitted which is on 21-09- 2018. Therefore, it would not have so many years for the petitioners to react, if it were to be a problem based upon the caste status of the complainant.

Allowing the writ petition the court said, “The contents of the CC TV footage clearly demonstrates that no 2 (2008) 8 SCC 435 3 2021 SCC Online Kar. 12057 4 2020 SCC Online Ker. 1743 10 such abuse has been hurled by any of the petitioners. It is in fact the complainant who threatens that if he is not put in as a member, he would register a case under the Atrocities Act. On all the totality of the circumstances, having found that the offences under the Act or under IPC, would not get attracted in the peculiar facts of this case, permitting any further proceedings against the petitioners would become an abuse of the process of law and degenerate into harassment to the petitioners and ultimately result in miscarriage of justice.”