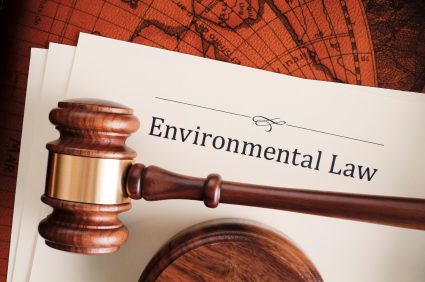 Now-a-days, people have become a lot more environmental conscious than they were before. The increasingly destruction of the environment urged several international bodies, organisations, conference to develop concepts like ‘Sustainable development ‘, ‘polluter pays principle’, ‘precautionary principle’, ‘Public trust doctrine’ etc. In Indian Constitution Article 48A stipulates: The state strives to protect and improve environment and secure the country’s forest and wild animals. The Ministry of Environment was established in India in 1980 to ensure a healthy environment in the country. Later this become the Ministry of Environment. This Article is about the case M.C. Mehta V/S Union of India also known as Taj Trapezium Case.

Taj Mahal is one among the 7 wonders in the world. It is known for his uniqueness, brilliant architecture of concave and convex structures and shadows of light the green pathways, the rich white marble along with the four minerats which give a dimension to the frame. It was built by Mughal emperor Shah Jahan in the loving memory of his wife Mumtaz Mahal in 1632 A.D. In Taj Trapezium case a petition was filed regarding the increase in pollution near the Taj Mahal. In this case petition was filed about the increasing pollution around Taj Mahal .

M.C. Mehta the Petitioner of the case is a lawyer by profession and an enthusiastic environmentalists by choice. Mehta is a Supreme Court lawyer who fought against polluting Indian Industries. He is the only lawyer who stood against the environmental pollution. M.C. Mehta visited Taj Mahal in 1984 and noticed that white marble of Taj Mahal turning yellow. To bring this matter in lime light. He filed a petition in Supreme Court.

Facts of the case :-

The Precautionary Principle plays a huge role with respect to the burden of proof. According to this principle where the risk of harming the environment is preceived, the burden of proof would be upon the person who is undertaking the risk that would lead to environmental damage of somekind. He must take responsibility and precautionary measures. This principle was not only applied in the Taj Trapezium Case, but also in Vellore Citizens Welfare Forum v Union of India. By adhering to the Precautionary Principle, one can anticipate the environmental harm a prospective project may cause. In A.P. Pollution Control Board v. Prof. M. V. Nayadu, the Apex Court observed that “the principles of precaution involves anticipation of environmental harm and taking measures to avoid it – or to choose the least environmentally harmful activity.”

Drawbacks of the Judgment

Now-a-days pollution are increasing rapidly all over the world. Taj Mahal is among the 7 wonders in the world and it is known for his beauty and architecture. This case helped to recognize the environmental damage around Taj Mahal. It helps in taking the initiative to prevent the damage of Monuments. It also helps in taking measures against the pollution.