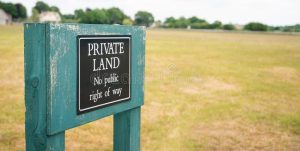 The Jammu Kashmir and Ladakh High Court passed a judgement on the 21st of December, 2022 in which the present writ petition was quashed as it was seen as misconceiving. This was seen in the case of Lal Chand And Others vs Des Raj And Others(OWP No. 1857/2014(O&M)). The case was presided over by The Honourable Mr Justice Rajnesh Oswal

The transfer of land under section 8 of the Agrarian Reforms Act (for short the Act) was done thereby transferring ownership rights in favour of Jeeta S/o Phula- predecessor-in-interest of the respondents for the land situated at Village named Jagti Morha Karli and before the issuance of the transfer, the land was escheated in favour of the State and Jeeta was declared as prospective owner by virtue of transfer.

The contention of the petitioners is that there was no relationship between the landlord and tenant and between the predecessor in the interest of the respondents. The petitioners filed an appeal against the mutations under sections 4 and 8 of the Act and both these appeals were decided by the appellate authority, Joint Commissioner, Agrarian Reforms Jammu. The appeal was dismissed, the revision petition was filed before the J&K Special Tribunal Jammu, and the revision petition was dismissed.

The response was filed by the respondents in which they have raised objections with regard to the maintainability of the writ petition and that the finding of facts recorded by the authorities under the Act cannot be challenged through the medium of the writ petition. The appellate authority has returned a finding that the predecessor-in-interest of the petitioners has neither been reflected as owner nor tenant in the revenue record and as such, he has no locus to file the appeal.

After going through the orders passed by the appellate authority as well as by the learned Tribunal the court found that both authorities have dealt with the issues well within the domain of law and it cannot be said that there was any jurisdictional error on part of both the authorities as such, the present writ petition was hence found to be misconceived and the same was, accordingly dismissed.