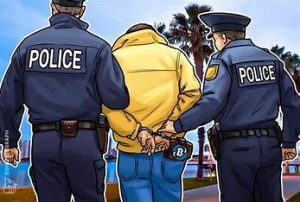 The Jammu Kashmir and Ladakh High Court passed a judgement on the 30th of December, 2022 in which the instant petition was upheld and the detention order against the petitioner was quashed. This was seen in the case of Musaib Altaf Mir vs UT of J&K and others (WP (Crl) No. 241/2021). The case was presided over by The Honourable Mr Justice Javed Iqbal Wani.

The instant writ petition arises out of the detention order passed against the detenu, named Musaib Altaf Mir, by the respondent- District Magistrate, Baramulla. The detention order was challenged by the petitioner through the medium of the petition and was seeking abashment of the same on the grounds that the defence had not been provided copies of the relevant material, like a copy of the dossier, details of any incidence with regard to the alleged. The said failure is stated to have infringed the constitutional and statutory rights of the detenu guaranteed under Article 22(5) of the Constitution of India and Section 13 of the Jammu &Kashmir Public Safety Act. The submission of representation was made by detenu through his mother but the respondents have not replied the same, therefore, it can be gathered that the same has not been considered.

The court held that the judgements referred to and relied upon by the counsel for the respondents are not applicable to the facts and circumstances of the case being misplaced and misdirected and do not lend any support thereof to the case of the respondents. Hence, after observing, analyzing and considering the proceedings, it was held that an instant petition is allowed and consequent to which the impugned order is quashed, with the direction to the respondents including the Jail authorities to release the detent from preventive custody unless required in any other case.