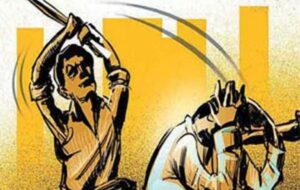 The Jammu Kashmir and Ladakh High Court passed a judgement on the 30th of December, 2022 in which the court dismissed the plea of the appellant and upheld the decision of the lower court. This was seen in the case of the State of J&K vs Manzoor Ahmed (CRAA No. 79/2012(O&M)). The case was presided over by The Honourable Mr Justice Rajnesh Oswal and The Honourable Mr Justice Puneet Gupta.

learned Sr. AAG appearing on behalf of the appellant vehemently argued that the prosecution had proved the case beyond reasonable doubt but the learned trial court has not rightly appreciated the evidence and acquitted the respondent erroneously. On the contrary, the learned counsel representing the respondent vehemently argued that it was a case of no evidence and there is no perversity in the judgment passed by the learned trial court.

This was a case of murder in which the father of the deceased simply raised suspicion about the accused. It was found that the family had animosity between the two. There were various statements recorded and the prosecution story was found in contrast with the statements of the witnesses.

The court said that they had examined the judgement passed by the learned trial court and they have considered the fact of hatred between the two families. The court held that while acquitting the witness the trial court has taken note of the statements of the eyewitnesses and has rightly come to the conclusion that the prosecution has failed to prove its case. The plea was found to be devoid of any merit and hence the same was dismissed.