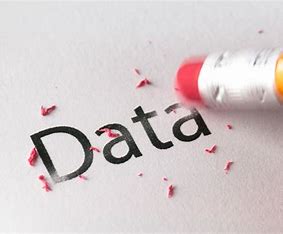 Background- we all have some moments for which we are embarrassed and not very proud for it. We all learn from these experiences and grow. But what if the world refuses to accept our evolution and judges us on our past experiences? This is what the idea of the right to be forgotten talks about. Recently it is in news due to the controversies surrounding Digital Personal Data Protection Bill, 2022.

The right to be forgotten is an individual’s to have private information concerning him like photographs, videos, and other similar information to be removed from publicly available internet searches under special circumstances. This has been one of the most controversial issues.

It finds its emergence from the case of Mario Costeja Gonzalez vs. Google Spain (2014). In this case, the European Court of justice ruled in favour of Mr Mario and directed Google to remove inadequate, irrelevant or no longer relevant data from its search results at the request of a member of the public. Thus, the EC held the right to privacy above the economic interest and the right to information to the public.

The question of this right in India can be seen in the case of Dharamraj Bhanushankar Dave v. State of Gujarat & Ors (2015). In this case, the appellant was acquitted by the court of counts of conspiracy, homicide and kidnapping and therefore, he wishes to prohibit the respondent from publishing non-releasable judgements on the internet, as this could harm the reputation and the professional life of the applicant. However, the court did not recognize the existence of a “right to be forgotten” in India.

Once again in the case of Jorawar Singh Mundy vs. Union of India (W.P.(C) 3918/2020), this right was brought to light. The question was whether the individual’s right to privacy is important or the public’s right to information. The court held that the right to privacy is of utmost priority and that it has been infringed by the respondent. The court directed the respondents to remove access to all judgements from their portal.

Right to be forgotten is closely related to the right to privacy. India, for long, has struggeled to table a nearly flawless and not-so-controversial law on privacy. The present legal framework which keeps a check on the privacy is Information Technology Act (IT Act), 2000 and IT Rules, 2011 that nearly fails to keep up with technological improvements seen in India since a decade. Thus, there was a need to enact an unblemished law on privacy and data protection in India.

The union government has released a revised personal data protection bill which was brought in 2018. This time the bill has been named The Digital Personal Data Protection Bill, 2022.

The right to be forgotten, included in the draft, reinforces the primacy of the data controller’s privacy rights. Under this, the data holder can request the data fiduciary to remove their personal data when it stops serving any fruitful purpose or when it is no more needed. Enforcement is carried out by the data protection commission and appeals are lodged with the high court. This is a relatively simple exercise process. The inclusion of mediation as a means of resolving disputes and voluntary commitments is a welcome step.

Right to erase- this is a sub-right of right to be forgotten. The data principals(users) will have the right to demand the erasure or correction of their data collected by the data fiduciary (mega-companies or organizations).

Still, several aspects of the bill are rightly left out which leaves a scope of guidance prescribed through the way of rules.

The RTI Act is the most robust act in India that ensures transparency. The data protection act seeks amendment in the RTI Act which would allow the misuse of data by the government. The amendment would state that the central government is not obliged to public information which relates to personal information.

Analysis of the bill

India urgently needs comprehensive data protection legislation. However, in order to adequately balance the protection of individual rights and the interests of the fiduciaries, its rules must be properly crafted. Giving the government too much power should ideally be avoided in order to ensure transparency, but this is not the case with the current bill. If the bill is thoroughly examined and wisely evaluated, one may come to the conclusion that it is rather troublesome and should be reviewed as soon as possible. When drafting a law on such important issues, public opinion must be taken into account. Since the law is receiving widespread criticism, it is earnestly desired that the government will take the serious worries of the general public and experts into account and draught a more suitable bill.

Pros of the Right to be forgotten

When looked upon from an individual’s perspective an individual can control what information anyone sees about the. This will give the authorities to remove defamatory information from the net. This would allow a person to remove the content that is illegally uploaded by a third party. Lastly, the details that are a threat to personal and financial security can be removed.

Cons of the Right to be forgotten

Every coin has two sides so does the right to be forgotten. The individual’s need for privacy may be overridden by the public’s overall interest in viewing and accessing information. It also places a potential restriction on the freedom awarded to medical, journalism and other parties in the country. As of now the right to be forgotten is an underdeveloped concept which is not supported by any precedents. Once this right is given then google and other search engines would receive many requests to remove data which would delay the process. Finally, this requires amendment in the RTI Act which would lead to a lack of transparency surrounding important information about businesses or persons.

The right to be forgotten does not currently have a legal definition, but if it were to become law, citizens might request the material on search engines to be erased without having to submit a legal claim. Although this right is an unalienable right that safeguards an individual’s reputation, some who support free expression contend that it may be used as a tool for repression if it were to be adopted outside the European Union. Authoritarian governments can utilise this to suppress material that casts a negative light on them or makes public data that they wouldn’t otherwise make available. Hence, in my opinion the right to be forgotten shouldn’t be made a fundamental right rather it should be subjected to the facts of every case. The final decision must rest with the judiciary.