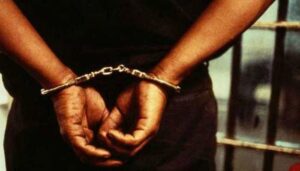 The Jammu Kashmir and Ladakh High Court passed a judgement on the 21st of November, 2022 in which the court upheld the petition and quashed the detention order by the respondent. This was seen in the case of Waheed Majeeb Wagay vs Union Territory Of J&K & Anr (WP(Crl) No. 312/2021). The case was presided over by The Honourable Mr Justice Javed Iqbal Wani.

This petition has arisen out of the passing of a detention order against the detenue by the respondent under the terms of provisions of the Jammu & Kashmir Public Safety Act, 1978. The order was challenged on the grounds that the detenu was already in custody in connection with case FIR No. 15/2021 and the detaining authority, despite having the knowledge of the said fact, detained the detenu without spelling out any compelling reason therefore on the grounds of detention when there was no possibility of the release of the detenu from the custody on account of offences mentioned in the FIR. It is being further urged on the grounds that the detenu had not been provided copies of the relevant material, like a copy of the dossier, copy of FIR, and statements recorded.

Respondent argued that all statutory requirements were fulfilled band complied with while detaining the detenue. It was averted that the order was executed in accordance with the relevant position of the law. It was also stated that the Advisory Board, after considering the material placed before it, in terms of Section 14 of the Act, held that there is sufficient cause for detention of the detenu was given.