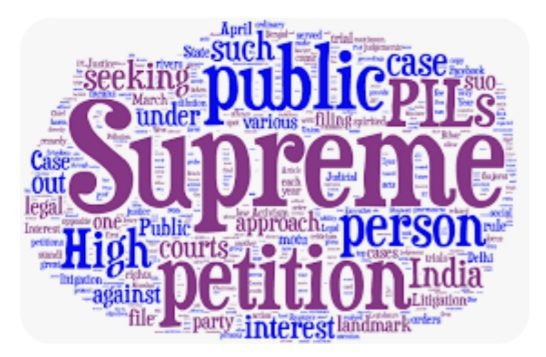 Reservation has always been a matter of hot discussion in the country. It started with the objective to provide the backwards section of the society opportunities they could not get due to their social status or oppression in the society. The very first Amendment introduced an enabling provision in the constitution for the government to make reservation policies for the Scheduled Tribes, Scheduled Castes and Other backward classes. With time people have supported as well as opposed the concept of reservation. Then came the 103rd Amendment that provided for 10% reservation in addition to the already existing reservations to the Economically Weaker Sections (hereinafter referred as EWS) of the upper caste. The question came as to whether this reservation is right as it breached the 50% ceiling as put forth in Indra Sawhney v. Union of India. However, the Supreme Court of India has recently upheld the 10% reservation for the EWS Quota stating that it does not violate the basic structure of the Constitution and that the 50% ceiling was “not inflexible” and thus could provide for the addition of 10% reservation for the EWS Quota.

This Article aims to understand the history and background of the 103rd Amendment Act of 2019 and further scrutinize what various landmark judgments have said about the reservation cap and finally understand the recent judgment in which the 10% reservation was upheld.

HIGHLIGHTS OF THE  103RD AMENDMENT

ANALYSIS OF THE AMENDMENT

When the Constitution was changed, the challenge was adhering to the requirements of the basic structural concept. The Supreme Court concluded in Mr. Balaji v. The State of Mysore that if the quota surpassed 50%, it would indicate dominance over Section 16(1) of the Constitution because it was well-established that the reserve should be kept to a maximum of 50%. The 10% reserve was created by the Indian government for the country’s poorest 10% of population. It was eliminated as a consequence of Indira Sawhney v. Union of India.

The basic structure doctrine states that no law can be passed in the Gazette of India that destroys or damages the basic structure of the Constitution of India. This was the decision of the hon’ble court in Keshvananda Bharti v. Union of India. Therefore, it may be accepted that the 103rd Amendment was reasonably constructed and had included Articles 15(6) and 16(6) to wage war against social and educational backwardness.

Issues before the court:

Observation by the Court:

Issues before the Court:

Observation by the Hon’ble Court

In the aforementioned cases, it was held that reservation in toto may not exceed the 50% ceiling limit as it will be violative of the fundamental rights and any reservation may be well within the limit of 50%. In the Maratha reservation issue, the court stated that it was unnecessary to revisit Indra Sawhney’s ruling and that a 50% cap on reservations was appropriate but not excessive.

The Maratha State Reservation for Socially and Educationally Backward Classes (SEBCs) Act of 2018, which gave the Maratha group 16% reservation in public jobs and education, was unanimously overturned by the five-judge Supreme Court panel.

The court determined that there were no unusual or extraordinary circumstances, even though the state’s overall reservation percentage increased to 68%, above the 50% threshold. In conclusion, time and again the 50% cap was upheld and any reservation was to be provided well within the limit. However, the 103rd Amendment which provided for 10% reservation for EWS Quota was breaking the ceiling limit and the question was whether this Amendment was Constitutional and in par with the basic structure doctrine as laid down in Keshvananda Bharti v. Union of India Case.

The recent Judgment in Janhit Abhiyan v. Union of India seems to answer the question by upholding the 10% reservation  for the EWS Quota excluding the other reservations by the Government thus upholding the Constitutionality of the 124th Amendment Bill of 2019. The judgment was given by a majority of 3:2.

The modification was maintained by Justices Dinesh Maheshwari, Bela Trivedi, and JB Pardiwala, whereas Justice S Ravindra Bhat and Chief Justice UU Lalit disagreed with the majority position. According to Justice Dinesh Maheshwari, the 50% ceiling restriction was “not rigid” and that the breach of the abovementioned limit did not in any way contradict the fundamental principles of the Indian Constitution.

Issues of the case

The majority opinion is that none of the aforementioned problems are violated by the revision with regard to the fundamental structure.

Additionally, according to Justice Bela M. Trivedi, designating the people who are economically weaker as a separate class would be an acceptable categorization in light of the objectives of substantive equality envisioned by the earlier rulings of the Apex Court. Justice Pardiwala opined that economic criteria can be a relevant factor for affirmative action.

Despite disagreeing with the majority conclusion that “economic factors” are acceptable for Article 15’s purposes, Justice Bhat wrote the dissenting opinion (reservation in public employment). He emphasised that it was expressly stated in Indra Sawhney that reservations cannot be made only on the basis of economic factors. The Apex Court, however, did not state that reservations cannot be made based on economic considerations.

The recent judgment has broken all the shackles and widened the scope for the interpretation of the constitution thereby upholding the 10% reservation for the EWS Quota. The world is progressing and the social and economic norms are changing with time. Flexibility is important in order to inculcate provisions with changing times and open a wide array of opportunities to all the different stratas of the society. With this judgment in Janhit Abhiyan v. Union of India, the Supreme Court of India has moved a little beyond its thus overturning all the ceiling limit and providing for a flexible interpretation thus stating 10% in addition to the existing reservations does not result in violation of any essential feature of the Constitution and does not cause any damage to the basic structure of the Constitution of India on account of breach of the ceiling limit of 50%. It will be interesting, however, to see the reactions of the citizens and this judgment to be a benchmark for future endeavors.