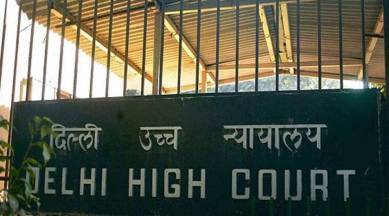 The Delhi High Court rejected postponing the upcoming elections for the Municipal Corporation of Delhi (MCD). The Court stated that it would not stay the same after the State Election Commission (SEC) had issued the election notice. This was seen in the case of Anil Kumar Vs. Government of Delhi and the case was presided over by Honourable Mr. Chief Justice Satish Chandra Sharma and Honourable Mr. Justice Subramonium Prasad.

The MCD election timetable was released by the SEC on Friday. It stated that voting for the city’s 250 municipal wards will occur on December 4 and that results would be made public on December 7.

Today the High Court heard three petitions that contested the reserving of wards and their delineation. As they came up for a hearing, the attorney for the petitioner sought the Court to suspend the election till the pleas are heard. Anil Kumar, a politician, claimed in his plea that the electoral wards were divided along the community and religious lines, in violation of the Constitution’s fundamental principles.

The petition also argued that privileged wards had been hand-selected for smaller population sizes, whilst disadvantaged wards in the lower-income group had had their population sizes increase as a result of the delimitation process.

The delimitation order has been challenged in all four complaints as being unconstitutional.

The Court stated that it will not pass any such stay order. “Once elections are notified, we can’t stay it,” the bench remarked.

The Court notified the SEC, the Central, and the State governments about the issues and scheduled their hearing for December 15 along with another petition filed by a Congress lawmaker questioning the delimitation.

The Division Bench stated that the Court would not stay the MCD Elections once the State Election Commission (SEC) had issued the election notice.