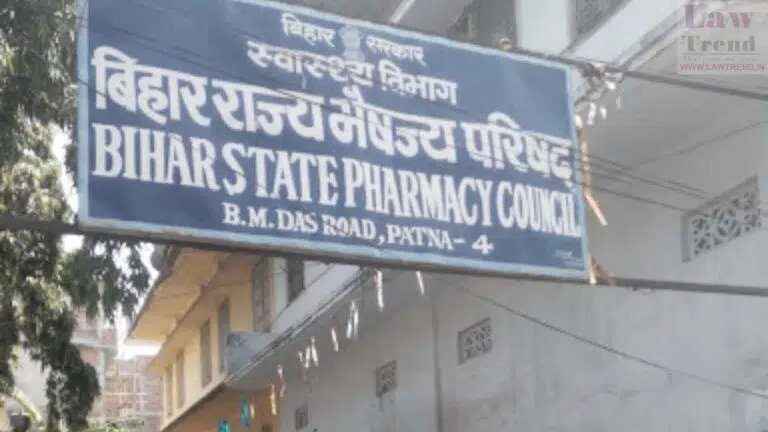 The State must appoint an ex-officio member as Registrar within 24 hours, according to a bench composed of Chief Justice Sanjay Karol and Justice S Kumar in Uma Shankar Sharma vs the State of Bihar (Civil Writ Jurisdiction Case No.: 20704/2021).

The counsel for the petitioner argued that the Chairman of the Council was acting as if it were his own kingdom, and that it took the President at least five months to reinstate the Registrar, who had been holding the position illegally up until that point.

The court first noted that the Council’s affairs were not managed by elected members in accordance with the Pharmacy Act of 1948’s goals.

In addition, the court stated that the Council has the authority to conduct inspections and provide training, but neither was done in this case.

In this context, they directed the State to investigate the council’s affairs and management by making use of the Pharmacy Act’s authority. Additionally, the court instructed the DGP, Bihar, to conclude the FIR investigation within four weeks.

Importantly, the court set a June 23 hearing date for the case and ordered the Principal Secretary of State Health Department to immediately appoint a new registrar.