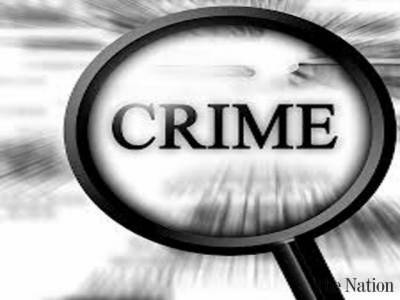 Facts: After the competent Magistrate treated the applications submitted under Section 156 (3) Cr.P.C. as a complaint, the petitioners were ordered to appear in court to be tried for the offence under the SC/ST Act. Affirming that the Special Court designated under the Act cannot take cognizance of an offence on itself by treating an application under Section 156 (3) Cr.P.C. as a complaint and that the Special Court cannot take cognizance of an offence on itself under the SC/ST Act, they filed a motion with the High Court challenging the summoning order. It was further argued that Rule 12 of the SC/ST Rules, 1995 and Schedule (1) of the Rules make no provisions for payment of compensation in the event the offence as alleged is treated as a complaint case. Instead, they provide for payment of compensation to the victim at various stages, beginning with the filing of the first information report.

Judgement: The second proviso to Section 14 of the SC/ST [Special Court and Exclusive Special Court] law, which states that the Special Court established or specified under Section 14 of the Act shall have the authority to directly take cognizance of an offence under this Act, was taken into consideration by the Court at the outset. The Court also considered the Supreme Court’s observation that the SC-ST (Prevention of Atrocities) Act’s criminal proceedings are not invalidated simply because the magistrate took cognizance of the incident and referred it to a Special Court in Shantaben Bhurabhai Bhuriya v. Anand Athabhai Chaudhari and Others, LL 2021 SC 594. The second proviso to Section 14 of the Act simply gives the Special Court more authority to recognise offences against the Act, according to the ruling of the bench of Justices MR Shah and Aniruddha Bose in this instance. The court ruled that it cannot be claimed to take away the magistrate’s authority to take cognizance and then transfer the matter to the Special Court for trial. Regarding the argument regarding Rule 12 and Schedule Annexure-I, the Court noted that simply omitting to mention the stage for the award of compensation in situations where Section 156(3) Cr.PC applications are treated as complaint cases, as well as in complaint cases, would not oust the jurisdiction of the courts concerned to award compensation to the victims at the appropriate stage, as the case may be. The Court also cited Section 4(2)(b) of the SC/ST Act, which states that it is the responsibility of a “public servant” (which includes a judge in accordance with Section 21 of the IPC) referred to in subsection (1) to file a complaint or a First Information Report in accordance with the Act and other applicable provisions and to file it under the relevant sections of the Act. Due to this, the Court decided that a Special Judge or court created in this manner could treat an application made pursuant to Section 156(3) of the Criminal Procedure Code as a complaint and proceed in line withthe law. The Court ordered that the petitions and appeals be presented before the appropriate Bench on October 20, 2022, as it addressed the queries raised by the Single Judge.