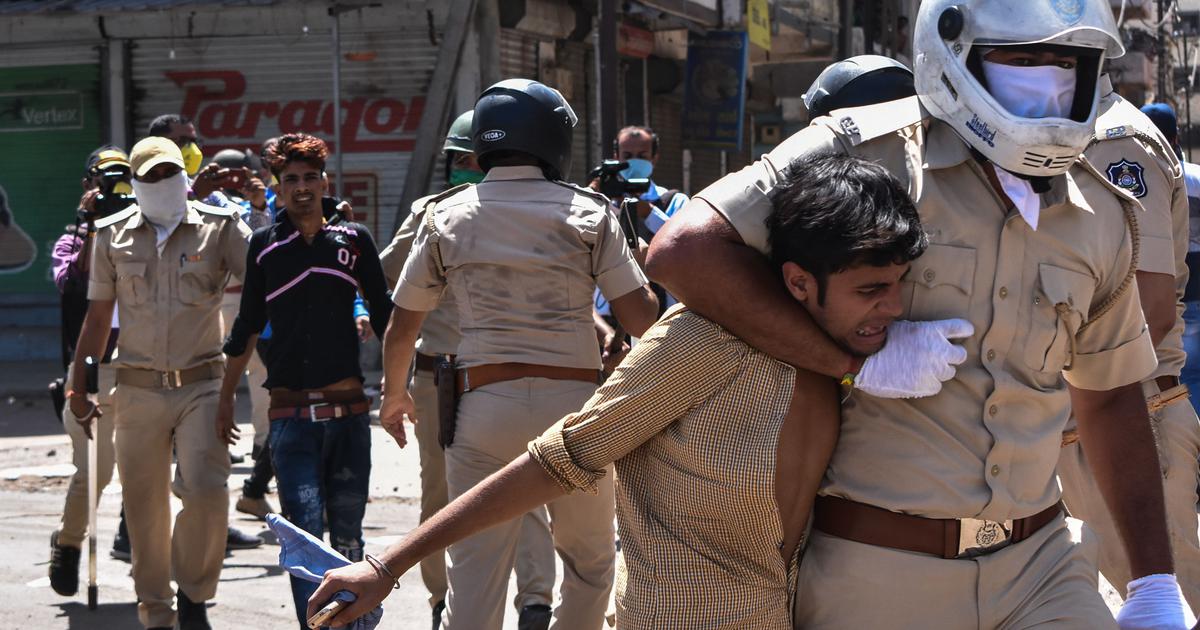 Police satisfy the most basic need of a state by providing law and order to its denizens. By ensuring that its citizens live in peace and order, police help a state meet its most fundamental needs. No law can be upheld or the people’s rights protected without this branch of the executive. Despite one’s greatest efforts, a body made up of humans is inevitably imperfect. This article examines the antiquated and improperly applied laws that govern the Indian policing system’s accountability.

Primarily, one might be led to assume that the IPC, CRPC, and the police complaints authority contain numerous provisions that hold the police accountable. However, in practice, these laws are not applied, and the accused police personnel typically escape punishment if they are ever brought to justice at all.

The purpose of the police as an institution is to uphold the rule of law. It has been granted a wide range of powers to do this, including the ability to prosecute lawbreakers and uphold state-wide order. But there is still no satisfactory response to the question of what to do if these powers are overused.

The phrase “police state” was first used in the Middle Ages to refer to an authoritarian regime that owed its citizens nothing more than protection. Since the idea of the welfare state didn’t emerge until much later, individuals have only just begun to speak out against the intense aggression of the police toward the public.

The concepts of accountable police and “police of the people” have become popular in modern times. To ensure that the people’s aspirations are met, the government has included many provisions in the codified laws, and a “police complaints authority” has been established.

To understand these mechanisms, we must first understand liability and its nature in the case of the police.

Liability of the Police

The liability of the police can be divided into two main types: –

To date, no legislation has been given that outlines the quantum of the compensation to be provided by the government.

However, the CRPC (1973) under section 197 gives certain protections to police officers and other government officials against vexatious litigations. More narrowly, police officers enjoy this privilege under section 132 of CRPC. These CRPC provisions however only apply when the act has been perpetrated during the discharge of official duty.

Moreover, this liability is further diminished by the legislation under sections 129 to 131 which exempt a police officer from any prosecution if he does so while controlling an unlawful assembly that is breaching the peace.

In both of these cases, the defense of sovereign immunity of the state was ruled by the court to be of no value as it did not apply in cases where the government or its agent violated the rights of any citizen.

Most of the cases of brutality often get unnoticed but, a few were severely noticed and televised. Some of the examples of the police brutality are:

These cases not only demonstrate the police abuse but brings in the point that we often have less provisions to protect citizens from the over-arching powers of the law-protectors.

The provisions that exist in the system for the protection of the police officer work flawlessly. However, any provisions that prevent the abuse of power are either non-existent, weak, or overruled by some other provisions.

It has to be noted that the procedural safeguards under Section 197 CrPC are often misused by the police by not allowing the complaints or First Information Reports (FIRs) to be filed in the first place, thus being a major hurdle as an effective remedy for misconduct. For example, in the case of S. Khandwala (I.P.S.) Add. D.G.P. and Ors v. the State of Gujarat (2003) 1 GLR 802, the police officers dragged the case on for decades that the prosecution had become an old man and any justice hence delivered was not proportionate to the mental anguish that he faced all those years.

However, the court has only been able to effectively provide justice in rare cases. Most of the complaints are instead referred to the internal mechanisms that manifest in the form of inquiries and suspensions. The police officer is not punished in any substantive way. These committees are also well known for putting the colleagues of the officers under suspicion which greatly derails the sanctity of the process.

To worsen the matters the courts do not have the authority to substitute their conclusions with the conclusion of the committee while exercising judicial reviews (as ruled in, B.C. Chaturvedi V. Union of India). This is one of the many ways in which the government is protecting the misconduct of police by undermining the procedures as set beforehand. The higher courts are only allowed to interfere in cases where the quantum of punishment is so grossly disproportionate to the crime committed that intervention is warranted.

Soli Sorabjee’s report gave a more structural form of police redressal system which would lead to the efficient redressal of complaints and provide a solution to our problem. The committee suggested the following: –

It is however not yet implemented pan India and even where it has been implemented the members of the committee are not chosen transparently. The above-mentioned system is the police complaints authority and it has turned out to be, in its implementation a grand failure. There is also a lack of political will to apply these reforms.

The problem is as grave as it seems prima facie. Power corrupts and absolute power corrupts absolutely. Following this principle, we must bring substantive changes to the system. From our research into the topic, we have come up with a comprehensive list of solutions that can be applied to the issue in question. These are as follows.

The whole redressal system of policing needs an immediate fundamental overhaul to protect the interests of the citizens. We agree with the “internal complaints authority” model proposed in the Soli Sorabjee report. However, the committee needs to be implemented strictly across all the states of India. The provisions mentioned under it must be adopted as the black letter marks it and the states must be legally obligated to follow these recommendations.

Section 197 of CRPC must be diluted in its powers and scope should be provided where acts of the police which violate the liberty of the citizens are addressable through more streamlined processes. The dragging on of cases can be countered by the application of these propositions as well. The court should also be given a wider purview when it comes to cases of police overreach and redressals of the same so that the citizens can effectively exercise their right to constitutional remedies.

The use of force and firearms by the police must be adequately controlled by the law. Lethal force may only be employed to avert an immediate threat of death or serious injury, according to the “protect-life” principle, which must be codified in legislation. An immediate, exhaustive, independent, and unbiased investigation must be conducted in cases where the use of force by the police caused harm or death. Those accountable must be tried in open courts of law. Police should be instructed to support peaceful assemblies during protests; using force should not be their first course of action. When it comes to using deadly force, people in jail have the same rights as everyone else.

The problem is a real one and the social trust in police will continue to plummet unless the provisions that are in place are strengthened and implemented outside of mere law books and state orders.