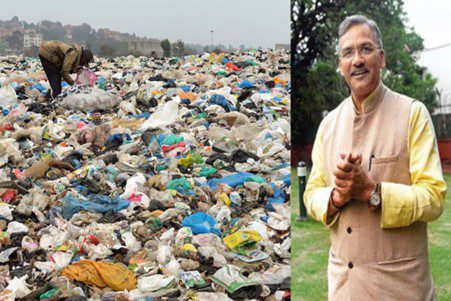 The Uttarakhand High Court on 31 August, 2022 declared in its judgements that stipulation of “less than 100 micron”, in its view does not attach to the articles as quoted by the appellants namely plates, cups, glasses, cutlery such as forks, spoons, knives, straw, trays, and stirrers. This was seen in the case of Shree Shaandar Industry Private v State of Uttarakhand and Another on 31 August, 2022 (Special Appeal No.284 of 2022) and the case was presided over by The Honourable Chief Justice Shri Vipin Sanghi and The Honourable Justice Shri Ramesh Chandra Khulbe.

The Honorable court decided five appeals at once and laid the course of future plastic-dealing enterprises. The appellants approached for the court to set-aside the dismissal of their writ petition by the learned Single Judge wherein the writ-petitioners had sought a direction to the respondents to allow them to manufacture, store, carry, transport in order to export their products i.e., disposable utensils of plastic and kitchenware outside the State of Uttarakhand and in the international market where it is allowed to be used.

The petitioners also sought the quashing of the Government notification dated 16.02.2021 issued by the State Government in exercise of the powers conferred by Section 3(1) of the Uttarakhand Plastic and Other Non-Biodegradable Garbage (Regulation of Use and Disposal) Act, 2013.

LEGAL RELIANCE OF THE PETITIONERS:

The appellants argued that prior to issuance of the impugned notification dated 16.02.2021 by reference to Section 3(1) of the aforesaid Act, it was necessary for the State Government to lay down the norms by notification so as to, inter alia, impose restrictions on violation in the manufacture, sale, purchase, storage, distribution and use of plastic or other non- biodegradable material within the State of Uttarakhand, which is contrary to such norms. Also that no norms have been laid down by the State Government and straightway the impugned notification dated 16.02.2021 has been issued.

The appellant submitted that norms should have been laid down, as has been done by the Central Government vide notification issued by the Ministry of Environment, Forest and Climate Change dated 12.08.2021, whereby the Central Government made the rules to amend the Plastic Waste Management Rules, 2016, namely, the Plastic Waste Management (Amendment) Rules, 2021.

It was argued that the ban imposed by the Central Government is in respect of the enumerated articles which are less than 100 microns. However, the State has imposed a complete ban irrespective of the thickness/density of the aforesaid articles.

“We do not find any merit in the aforesaid submission. Even under the notification dated 12.08.2021 issued by the Central Government, the stipulation with regard to thickness/ density in microns is in relation to wrapping or packing films, which are used around sweet boxes, invitation cards, cigarette packets, or in the production of PVC banners, by stating that the same should not be less than 100 micron. The said stipulation of “less than 100 micron”, in our view, does not attach to the articles earlier enumerated, namely plates, cups, glasses, cutlery such as forks, spoons, knives, straw, trays, and even to the later enumerated article, namely stirrers.

A perusal of the impugned notification shows that the State Government was conscious of the fact that certain types of polythene may be permitted to be used, and that is why in Clause 1.(a)(ii) it stated that the restrictions on polythene carry bags shall not be applicable, inter alia, on the “polybags more than 50 micron thickness used for handling, collection, transportation of the waste, such as bio-medical waste, municipal solid waste and hazardous waste”.

In our view, it was not at all necessary for the State Government to first issue a notification laying down the so-called norms before imposing restrictions. As aforesaid, the impugned notification not only lays down the norms, but also imposes restrictions.

We, therefore, do not find any merit in the present appeals and the same are, accordingly, dismissed.

Pending applications, if any, also stand disposed of.”