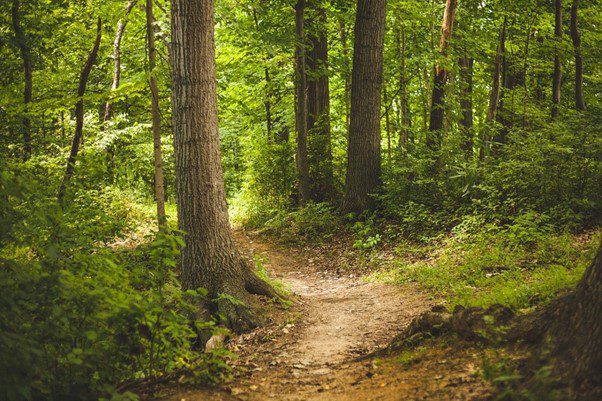 The Uttarakhand High Court on 31 August, 2022 in its decision issued directions for the immediate start of the process of removal of encroachments on river beds, which have already been identified and placed before the Court and likewise for those that fall within municipal limits. This was seen in the case of Urmila Thapa vs State Of Uttarakhand And Others on 31 August, 2022 (Writ Petition (PIL) No. 58 Of 2019), and the case was presided over by the Honorable The Chief Justice Sri Vipin Sanghi And The Honorable Sri Justice R.C. Khulbe.

The petitioner filed a writ petition in public interest with a view to raise the issue of un-authorized encroachments on water bodies and khalas/storm water drains in Rajpur Area of Doon Valley. The petitioner requested that the State declare the catchment areas of the Khalas of Rispana and Bindal Rivers as “no construction zones” and that the Union of India’s Ministry of Environment, Forest and Climate Change actively monitor and take necessary action regarding changes to the Doon Valley’s environment, which was designated by the Government of India as a “Eco-Sensitive Zone” in 1989.

Mr. Abhijay Negi, learned counsel for the Petitioner had made the Court aware of the order dated 30.08.2019. With its directive, the Court instructed the District Magistrate of Dehradun to order an investigation and to provide a report to this Court with information about the length of the Doon Valley’s seasonal Nalas; the actions being taken to prevent encroachment on the said Nalas the District Administration’s actions to get rid of such unlawful encroachments and structures. This Court was informed on 18.09.2019 that the procedure for finding encroachments is a complex process that would require a minimum of two months. By order of this Court, the responses to make sure there aren’t any more encroachments occur in the seasonally ephemeral streams in the Rajpur Area of Doon.

In response to the counter-affidavit filed by the respondent complying with the directions of the magistrate’s court, the petitioner also placed on record photographs to show the ongoing construction which, the petitioner claimed, was on the river bed. At page no. 18 of the said rejoinder (running page no. 420 of the record), there is a photograph which shows that just behind the board put up by the Authorities, to state that M.D.D.A. has not allowed       plotting and development of the land, construction activity is in progress. Mr. Abhijay Negi, further submitted that now, the said board has also been removed after the photograph was      taken by the petitioner.

The Honorable High Court in light of the above discussions expressed-

“We are dismayed to see the current state of affairs prevailing in the    State with regard to the encroachment on forest land, water ways and public land. It appears that it is a free for all, and anybody can encroach on any part of the land falling within the State – even on forest lands, and get away with it. We are informed that the lands falling in river beds are all classified as forest lands, except those which fall within the municipal limits. Obviously, such activities cannot happen without the tacit approval of the authorities on the ground. It is high-time that the administration wakes- up to the reality, and sets its house in order.”

The Honourable Bench further issued directions for the immediate start of the process of removal of encroachments on river beds, which have already been identified and placed before the Court and likewise for those that fall within municipal limits. “It shall be the responsibility of Secretary (Revenue), Secretary (Urban Development) and Secretary (Forest) to ensure strict and speedy compliance of this order.” Also for the area falling under municipal limits,   the    Municipal   Commissioner, Nagar Nigam, Dehradun shall be personally responsible to ensure that such encroachments are removed from the river beds.

“The Secretary (Revenue), Secretary (Urban Development), Secretary (Forest) and   the     Municipal Commissioner, Nagar Nigam, Dehradun shall    hold meetings regularly to take steps to implement this order. The meeting shall be convened by the highest-ranking officer amongst them, and he/ she shall preside over the meeting. Failure to comply with these directions shall compel this Court to take action against the aforesaid identified Officers. Weekly reports with regard to the actual removal of encroachments undertaken shall be filed before this Court. One report shall be filed on behalf of the Secretary (Revenue), Secretary (Urban Development) and Secretary (Forest), and the other report shall be filed by the Municipal Commissioner, Dehradun.”

“We make it clear that we would not be satisfied with mere paper exercise, and the reports should relate to actual action taken on the ground for removal of the encroachments. The photographs of the action taken should also be filed along with each of these reports. Copies of the status report shall be shared with the counsel for the petitioner. Before the next date, the petitioner shall file a tabulation of analysis of all such reports.”