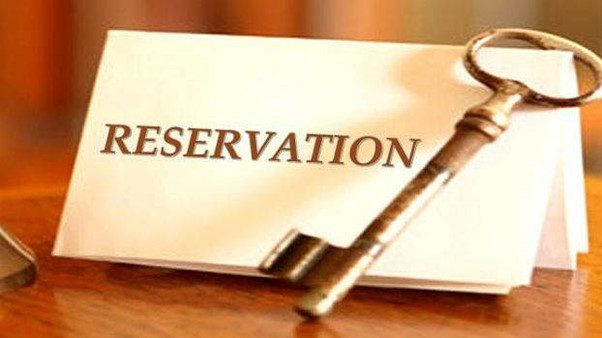 The Uttarakhand High Court on 24 August, 2022 ordered stay to the operation of the Government Order in so far as it seeks to provide 30 percent horizontal reservation only in respect of women candidates of Uttarakhand in the matter of public employment. This was seen in the case of Ananya Attri And Others v State Of Uttarakhand And Another (Writ Petition (S/B) No.492 Of 2022) and the case was presided over by The Honourable The Chief Justice Shri Vipin Sanghi and The Honourable Justice Shri Ramesh Chandra Khulbe.

Learned counsels for the petitioners placed reliance on a judgement of Learned Single Judge of the High Court of Allahabad in ‘Vipin Kumar Maurya and others v. State of U.P. and others’ (Writ A. Nos.11039 of 2018) MANU/UP/0282/2019 decided on 16.01.2019, wherein, the horizontal reservation was restricted in favour of women who are original residents of the State of Uttar Pradesh alone, in the matter of public employment in the State of Uttar Pradesh.

The learned Single Judge exhaustively considered the judgements of Supreme Court including in Kailash Chand Sharma (Supra) and held as follows: –

“In our constitutional scheme women of this country are otherwise a homogeneous lot and they cannot be differentiated unless reasons and materials exists for their further classification. Classification based only on residence would otherwise be permitted only by law made by the Parliament, which is not the case here. In such circumstances and for the reasons disclosed, it is held that Clause (4) of the Government Order dated 9.1.2007 restricting grant of horizontal reservation only to the women who are original residents of Uttar Pradesh as also specific stipulations in that regard, contained in Advertisement No. 14 of 2015 would be contrary to Articles 16(2) and 16(3) of the Constitution of India.”

On the contrary the learned Advocate General, appearing for the State Government, argued that since Articles 14 to 16 form part of the same Scheme of rights, the distinction sought to be drawn by the petitioner between Articles 15 and 16 is not correct. He placed reliance on the judgement of the Supreme Court in ‘Saurabh Chaudri and others v. Union of India and others‘ AIR 2004 Supreme Court 361, to submit that the Supreme Court upheld the grant of admissions to candidates to medical courses on the basis of ‘domicile’.

The Uttarakhand High Court Bench held that “residence by itself- be it be within a State, region, district or lesser area within a district cannot be a ground to accord preferential treatment or reservation, save as provided in Article 16(3). It is not possible to compartmentalize the State into Districts with a view to offer employment to the residents of that District on a preferential basis.”

The Bench made a brief analysis of Article 16.

The Bench declared itself as bound by the decision cited by the petitioners and quoted it in its decision as under:

“The reservation for rural areas cannot be sustained on the ground that the rural areas represent socially and educationally backward classes of citizens. This reservation appears to be made for the majority population of the State. Eighty per cent of the population of the State cannot be a homogeneous class. Poverty in rural areas cannot be the basis of classification to support reservation for rural areas. Poverty, is found in all parts of India, In the instructions for reservation of seats it is provided that in the application form a candidate for reserved seats from rural areas must submit a certificate of the District Magistrate of the District to which he belonged that he was born in rural areas and had a permanent home there, and is residing there or that he was born in India and his parents and guardians are still living there and earn their livelihood there. The incident of birth in rural areas is made the basic qualification. No reservation can be made on the basis of place of birth, as this would offend Article 15.”

Also with reference to the case cited by the Learned counsel for the State Government the Bench clarified that while comparing the language used in Articles 15(1) on the one hand, and Article 16(2) on the other, the Supreme Court and found that Article 15(1) mentions the term ‘place of birth’ but does not include ‘domicile’. On the other hand, Article 16(2) refers to both ‘domicile’ and ‘residence’ apart from ‘place of birth’. The Supreme Court takes note of the fact that a distinction has been made by the makers of the Constitution themselves, and therefore, the expression ‘place of birth’ is not synonymous to the expression ‘domicile’ and they reflect two different concepts. In fact, the Supreme Court noticed the decision in ‘State of Uttar Pradesh v. Pradip Tandon and others‘ (1975) 1 SCC 267, wherein, reservation for rural areas was not sustained on the ground that the rural areas represent socially and educationally backward classes of citizens.

Hence based on the above discussions the learned Bench was of the view that the State Government, cannot, merely by issuing a government order, provide for reservation for women candidates on the basis of their domicile in the matter of public employment in the State.

The Court held as under-

“We, accordingly, direct the Commission to permit the petitioners to appear in the Mains Examination provisionally.”