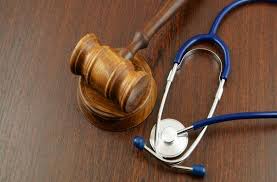 The Karnataka High Court has refused to quash the FIR and charge sheet filed against a doctor under POCSO Act for allegedly conducting a forcible sex change operation on a minor boy, after kidnapping him. This was seen in the case of (SMT.) ANITHA PATIL v. STATE OF KARNATAKA
(CRIMINAL PETITION NO. 8213 OF 2019) and the judgement was presided over by the Coram of Justice Suraj Govindaraj.

A complaint had been filed by the respondent, the grandmother of one Chandan Kumar stating that the petitioner along with several others had conducted a forcible sex change operation on Chandan Kumar, changing his sex from male to female by kidnapping him etc. Apart from this, there are various allegations which have been made against the different accused including offences under Section 376 of IPC and Sections 6 and 21 of the Protection of Children from Sexual Offences Act, 2012.

The petitioner denied the allegations and claimed that she was wrongfully implicated in the matter. Her counsel submitted that no criminal prosecution
could be initiated against a doctor, without following the guidelines laid down by the Apex Court in the case of Jaco Mathew v. State of Punjab & Anr. Placing reliance on the judgment it was said that unless there is a credible opinion given by another doctor against the accused Doctor, no criminal case ought to be registered against the Petitioner.

Referring to the apex court judgments relied upon by the petitioner the bench said,
in the case of Jacob Mathew, it is clear from a reading of the extracted portion that it is only when there is criminal rashness and/or criminal negligence which is alleged against the Doctor that the opinion of another Doctor is required to be obtained which could establish whether there is criminal rashness or negligence or whether the treatment mode adopted by the Doctor is the normal treatment mode which does not amount to rashness/negligence. In the present matter, there is no allegation of either of the two. The allegation is that there was a successful sex change operation conducted by the petitioner, changing the sex of Chandan Kumar from male to female.

The court further added that the allegations are that the operation has been done without the consent of the boy and that he could not have been concerned that since he was a minor then. These are issues which are required to be left for trial. The court concluded that there are no offences which have been made out; there are no grounds which have been made out for quashing the proceedings.