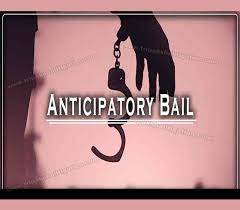 The Delhi High Court said that it is not mandatory to grant anticipatory bail merely because interim protection was granted at initial stage of proceedings. This was seen in the case of BHARTI SAHANI v. STATE (GOVT. OFNCT OF DELHI) (BAIL APPLN. 242/2022) and the judgement was presided over by the Coram of HON’BLE MR. JUSTICE ANOOP KUMAR MENDIRATTA.

Case was registered against the petitioner  Section 406, 420 and 120B of IPC. While the FIR was registered by one Harpreet Singh, 22 persons subsequently joined as complainants alleging that petitioner induced them to invest in the kitty committees. Furthermore It was further alleged that the petitioner along with her husband and her two sons collected instalments from various committee members but subsequently defaulted in making payments. About Rs.2 crores was alleged to have been collected by the petitioner after inducing with the assurance of higher returns.

On the other hand petitioner contended that the petitioner was a lady and the case was not investigated properly by the Investigating Officer as there was discrepancy of the amount due to be paid by the petitioner and the same required reconciliation. the prosecution opposed the bail plea by arguing that multiple victims stand duped of their hard earned money by the petitioner in an organised manner.

The court observed that it is not mandatory to grant anticipatory bail merely because interim protection was granted at initial stage of proceedings. Here the victims were induced by the petitioner to invest their hard earned money in the Kitty Committees with the assurance of higher returns, however, the assured amount was not returned, in a deliberate and organized manner “with due preparation and operation for the entire exercise.”

It said- “The motive to deceive on the part of the petitioner is clear as the said high returns were not manageable and no explanation has come forward for misappropriating the amount to the tune of Rs.2 crores. Mere fact that petitioner was known to complainants from 15-20 years and had made some returns on earlier occasions does not absolve the petitioner of her conduct,”

Adding more to this the court observed – “Perhaps, it may send in a wrong message in case the anticipatory bail is granted on the ground that an interim protection had been extended by this Court at the initial stages, when the applicant is otherwise disentitled to anticipatory bail on merits. The mere enjoyment of the interim benefit granted by this Court does not in any manner lessen the allegations which need to be considered on merits.” . Considering all the facts and circumstances the Court found no grounds for grant of anticipatory bail to the petitioner.