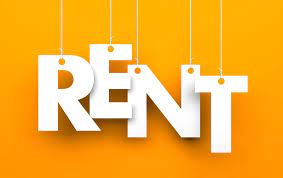 FACTS OF THE CASE: Brief facts of the case are as follows; In the present case, Vimal Jindal had a 10-year lease from Surinder Singh (“landlord”) on two different locations. On April 30, 2010, the lease’s expiration date, Surinder Singh (“tenant”) sent him a notice asking him to leave the rented space. On February 19, 2010, one of the landlords gave the renter a new notice requesting that he speak with his partners about the situation and inform the landlords of whether or not they will accept their offer for the tenant to pay the going market rate. The landlord submitted the eviction petition on May 25, 2010. The Rent Controller and the Appellate Authority had issued an eviction order after concluding that the landlord had failed to meet a bona fide criterion. The tenant’s revision petition under Section 15(5) of the East Punjab Rent Restriction Act, 1949, was granted by the Punjab and Haryana High Court, which set aside these orders and instructed the Appellate Authority to reconsider its decision after taking into account the impact of a notice served by one of the landlords requesting that the tenant raise the rent.

JUDGEMENT: After reviewing the submissions of both sides, the High Court’s directive to refer the case to the Appellate Authority was overturned by the court. The Revision Petition was reinstated, and the High Court was told to make a new decision.