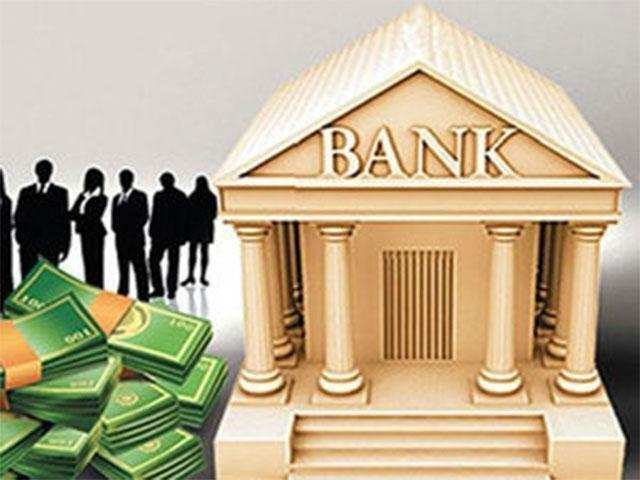 The writ petition is dismissed by HIGH COURT OF MADHYA PRADESH AT INDORE in the case of BANK OF BARODA DEWAS BRANCH V. RAJENDRA SONI through HON’BLE JUSTICE VIVEK RUSIA

FACTS OF THE CASE
The facts of the case are that the Respondents No.1 to 4 (hereinafter referred to as “the borrowers” for short) took financial assistance by way of a home loan to the tune of 1,50,00,000/- from respondent No.5 – Bank of Baroda (hereinafter referred to as “the bank” for short). In order to secure the loan, the borrowers had mortgaged their property situated at Survey No. 542/2/2/1, Patwari Halka No.18, Junior Dewas, District Dewas. Upon committing the default of returning the loan amount, the bank issued a demand notice dated 3.8.2019 under section 13(2) of the Securitization and Reconstruction of Financial Assets and Enforcement of Security Interest Act, 2002 (hereinafter referred to as “SARFAESI Act” for short) for a debt of Rs.,140,81,936/-. Thereafter, a possession notice was issued on 10.10.2019. The borrowers approached the Debt Recovery Tribunal (DRT) by filing Securitization Application (SA) No.652/2019. The bank withdrew the above notice and issued a fresh notice dated 13.1.2020 u/s. 13(2) of the SARFAESI Act for the demand of Rs.1,40,81,936/- as outstanding debt from the borrowers. Again, the bank withdrew this notice, therefore, the aforesaid SA was dismissed as having been rendered infructuous. According to the borrowers, approximately Rs.72,99,970/- has been paid to the bank. The bank has published the possession notice in daily newspapers on 24.3.2020 during the nationwide lockdown period due to Covid-19. Thereafter, the bank issued a sale notice under 8(6) of the Security Interest Enforcement Rules, 2002 and put the mortgaged property to auction on 17.8.2020. The borrowers again approached the DRT by way on 14.8.2020. The bank has conducted the auction proceedings on 17.8.2020 in which the present petitioner as one of the bidders offered the highest bid of Rs.1,55,10,000/-. After acceptance of his highest bid, he deposited an amount of Rs.37,77,500/- on the same day. The Authorized Officer allowed the time till 30.10.2020 for depositing the remaining 75% of the total amount. Thereafter upon deposition of the remaining amount the bank has finalized the sale and the sale certificate was registered on 23.11.2020 in favour of the auction purchaser i.e., the petitioner and he was put into possession. Vide order dated 13.11.2020, the learned DRT has dismissed the SA as no irregularity was found in the measures taken by the bank for recovery of the entire debt. Being aggrieved by the order, the borrower approached the DRAT by way of appeal along with an application seeking waiver of deposit of amount under section 18 of the SARFAESI Act. The said application was opposed by the present petitioner and the bank as well.

JUDGEMENT
Section 2(ha) of the SARFAESI Act defines the word “debt” and according to which, the debt shall have the meaning assigned to it in clause (g) of section 2 of the Recovery of Debts Due to Banks and Financial Institutions Act, 1993 and also includes an unpaid portion of the purchase price of any tangible asset and any other contract, any right, title or interest on any intangible asset or license or assignment of such intangible asset. According to Section 2(g) of the Act of 1993, “debt” means any liability inclusive of interest that is claimed as due from any person by a bank or a financial institution. According to aforesaid both the definitions “debt” means any liability inclusive interest which is claimed as to any due from the person by the bank or financial institution. Section 19 of the Act of 1993 provides that where a bank or a financial institution has to recover any debt from any person, it may make an application to the Tribunal within the local limits. Section 13(2) of the SARFAESI Act provides that where any borrower, who is under a liability to a secured creditor under a security agreement, makes any default in repayment of secured debt or any instalment thereof, the secured creditor shall be entitled to exercise all or any of the rights under sub-section (4) of Section 13. Sub-section (8) of Section 13 provides that where any amount of dues of the secured creditor together with all costs, charges and expenses incurred by him are tendered to the secured creditor at any time before the date of publication of notice for public auction, the secured assets shall not be transferred by way of assignment, lease or sale by the secured creditor. Sub-section (10) of Section 13 provides that where the dues of the secured creditor are not fully satisfied with the sale proceeds of the secured assets, the secured creditor may file an application in the form and manner as may be prescribed to the DRT having jurisdiction or a competent court for recovery of the balance amount from the borrower. Therefore, the bank or the secured creditor is entitled to file an application before the DRT or a competent court to recover the balance amount when the dues are not fully satisfied with the sale and if the dues of the secured creditor are fully satisfied, then the secured creditor or the bank cannot proceed further for any recovery. In the present case, now the bank cannot proceed against the borrower for recovery of any amount of the debt because the entire amount of dues has been received by way of an auction sale. As on today, there are no dues or debt against the borrower. U/s. 13 of the SARFAESI Act and Section 17 of the Act of 1993, the bank can take steps for the recovery of any debt. The word “debt” means total outstanding against the borrower at the time of taking measures by the bank or financial institute against the borrower, and under the second proviso of Section 18(1) of the SARFAESI Act the word is used is “amount of debt due”, which means, the borrower is liable to deposit 50% of the amount of debt due and not the entire debt. While deciding on a securitization application the learned Tribunal determines any amount of debt or dues payable to the bank by the borrower which is less than the actual amount of debt or due at the time of filing of securitization application, therefore, the second proviso of second 18 clarifies that 50% of the amount of debt due from him as claimed by the secured creditor or determined by the Tribunal whichever is less. Hence, the borrower is not liable to deposit 50% of the amount of the debt as initially claimed by the secured creditor. The amount payable at the time of appeal is called debt due or determined by the Tribunal and whichever is less, is to be considered for depositing 50%. In the present case, while dismissing the SA the learned DRT has held that the bank has recovered the entire amount, even more than the amount of debt i.e., Rs. 24,28,064/- by way of an auction sale. Therefore, at the time of filing an appeal, there is no amount determined by the learned DRT as a debt against the respondent/borrower and there was no debt due against the borrower because the bank had received it from the petitioner/ auction purchaser. Now the bank cannot initiate the proceedings for recovery of debt against the borrower as there is no debt. Section 20 of the Act of 1993 provides an appeal to the DRAT against the order of DRT. Section 21 of the Act of 1993 provides the pre-condition of deposit of 75% of the amount of debt so due from him as determined by the DRT u/s. 19. Here in the Act of 1993 also, there is no precondition of deposit of 75% of the entire debt amount, but 75% of the amount determined by the DRT under section 19. In view of the above discussion, the learned DRAT has not committed any error of law while passing the impugned order. In the considered opinion of this Court, the appeal of the borrower has rightly been entertained without the pre-deposit of 50% of the debt due under the second proviso of section 18 of SARFAESI Act. In view of the foregoing discussion, all these petitions deserve to be and are hereby dismissed.
PRIME LEGAL is a full-service law firm that has won a National Award and has more than 20 years of experience in an array of sectors and practice areas. Prime legal fall into the category of best law firm, best lawyer, best family lawyer, best divorce lawyer, best divorce law firm, best criminal lawyer, best criminal law firm, best consumer lawyer, best civil lawyer.