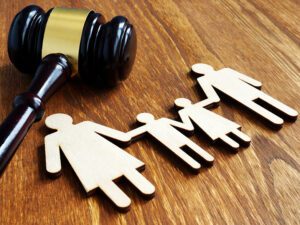 The Bombay High Court on 17th August transferred a matrimonial case, stating that the law considers women to be a weaker element of society and that their inconvenience should be a priority, through the single bench of Justice S. M. Modak in the case of Rahul Uttam Phadtare vs Sarika Rahul Phadtre (Misc. Civil Application No. 284 of 2022).

In the present case, a husband and wife filed two rival transfer applications in a matrimonial matter. The husband requested that the divorce suit filed by his wife be transferred from Thane Civil Court to Pune Family Court. The wife prayed that the husband’s case for restitution of conjugal rights is transferred from Pune Family Court to Thane Civil Court.

The wife asserted her financial situation as a result of unemployment, atrocities committed by her husband, and risk to her life as grounds for requesting the transfer. The husband, who denied any atrocities, stated that his two school-going children live with him and are cared for by his family. He stated that he is prepared to cover his wife’s travel expenses.

Both parties emphasised the hassle of travel owing to Thane’s distance from Pune.

The court stated that allegations and counter-allegations made by both spouses against each other can be considered only for a limited purpose in determining the transfer applications.

The court stated that the wife’s claim of life-threatening treatment during cohabitation can be grounds for transfer. The court stated that while the husband has custody of their children, his mother, aunt, and sister care for them since he is busy with business obligations. After considering both spouses’ statements, the court decided to provide relief to the wife, noting that the wife’s inconvenience should be emphasised because women belong to the poorer sectors of society and require more protection.

The court observed that the husband had not submitted any “special reasons” to assert that the wife had the financial means and transportation to attend the Pune Court.