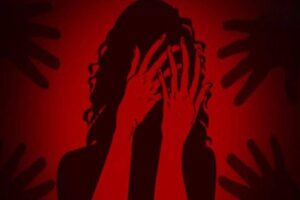 The Bombay High Court on 19th August increased the prison sentence of a man who raped his deaf and dumb sister-in-law in 2005, stating that a rape convict’s advanced age and consistent attendance at court hearings cannot be used to justify a sentence less than the minimum punishment under the law., through the division bench of Justice A. S. Gadkari and Justice Milind N. Jadhav in the case of Madhukar Makaji Mudgal vs The State of Maharashtra (Criminal Appeal No. 218 of 2013).

The present Criminal Appeal was filed by the Appellant (accused) against the judgement and order dated 13.02.2013 passed by the learned trial court, convicting the Appellant for offences punishable under Sections 376 and 503 of the Indian Penal Code, 1860 (for short “IPC”) and sentencing him to undergo rigorous imprisonment for five years and to pay a fine of Rs.1,000/-, in default of which he would face simple imprisonment for one year. In this case, the High Court was dealing with three proceedings: the criminal appeal filed by the accused against his conviction, the state’s appeal to increase the sentence, and the HC’s Suo motu petition to increase the accused’s jail sentence.

In 2005, when other family members were away, the brother-in-law raped his deaf and dumb sister-in-law and threatened her to harm her blind husband, (the convict’s brother) if she talked about this incident to anyone.

The prosecution said that on November 16, 2005, between 9 p.m. and 10 p.m., the accused raped the woman at her marital home while other members of the family, including the accused’s wife and in-laws, were away. According to the woman, she tried to inform her father-in-law, but instead of listening, he left her off at her mother’s house. An FIR was only filed when the victim confided in her mother, who then contacted the police.

The appellant’s counsel contended before the High Court that the victim filed a false complaint to incriminate the accused at her mother’s behest to separate their joint family. He alleged that the accused went to bhajan-kirtan with the remaining family members, that there was a 3-day delay in filing an FIR, that the doctor found no injuries on the victim’s private parts, and that the investigator was not interrogated.

According to the prosecution, only the victim’s brother-in-law and her husband were there in the house on the day of the incident. Furthermore, he argued that medical and circumstantial evidence pointed to the accused’s guilt. Nevertheless, the victim stated in the trial court that she had undergone uterus surgery and had been living at her mother’s house for 6 months. She had barely returned to her in-laws’ house 15 days before the event, and her husband was sleeping outside because she was supposed to refrain from sex due to the operation.

The bench relied on the victim, her mother’s, and the interpreter through whom the victim testified. It dismissed the defence’s argument that the charges were motivated by a pending partition suit, especially because the complaint had been filed a year after the incident. As a result, the division bench increased the 58-year-old Nashik resident’s prison sentence from five to seven years, which was the minimum penalty for rape under section 376(1) of the IPC before to the 2018 change. The court also ordered him to surrender with immediate effect.

Accordingly, the Criminal Appeal No.309 of 2014 filed by the State was allowed.