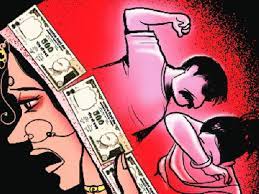 The Bombay High Court on 5th August 2022 ruled that before admitting a dying declaration submitted as evidence by the defence, the Courts must carefully examine it, through the single bench of Justice Bharat P. Deshpande in the case of Vasant vs State of Maharashtra & Ors. (Criminal Revision Application No. 267 of 2004).

The original informant filed the present criminal revision application under Section 401 of the Cr.P.C., challenging the learned Sessions Judge, Nanded’s judgement and order of acquittal dated 23.3.2004 in Sessions Case No. 26 of 2002.

In this case, the wife died of shock after suffering 97% burn injuries after three years of marriage in 2001. Her parents reported dowry demands as well as torture by her in-laws. A complaint was filed against the husband and his parents under Sections 498A, 304-B, and 306 read with Section 34 of the IPC. The defendants were acquitted by the sessions court based on the wife’s dying declaration.

The prosecution did not rely on the dying declaration, which was made public by a defence witness. The wife declared in her dying declaration that she committed suicide because she was unable to withstand severe agony in her stomach. She went on to say that no one was to blame for her death.

The court relied upon the judgement of Paparambaka Rosamma and Ors. v. State of Andhra Pradesh [AIR 199 SC 3455], in which the Supreme Court had stated that if there was no evidence to indicate that person is of sound mind and no medical certificate verifying the state of mind of those making declaration, such dying declaration is of no substance.

The court ruled that the sessions judge violated the law by relying on the dying declaration when there was no medical evidence that the wife was in a “fit state of mind” to make such a declaration. The bench thus held that the dying declaration which had been properly recorded by the competent Magistrate, i.e., in the form of questions and answers and as far as reasonably possible in the words of the maker of declaration stands on a much higher level even than the dying declaration which is based on oral testimony, which may suffer from all maladies of human memory and human character. The sessions court also ignored the testimony of the wife’s parents, arguing that because the husband’s family was aware that the wife’s family was poorer than theirs, there was no question of dowry demand.

The court, exercising its jurisdiction under section 401 of the CrPC, concluded that the Sessions Judge completely ignored settled legal propositions concerning dowry death, the assessment of the evidence in connection with a demand where there is normally no independent witness, and a dying declaration that appears to be false. Acquitting all accused persons on these grounds would thus be a miscarriage of justice.