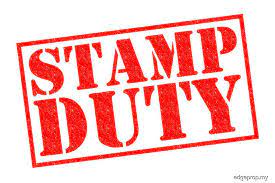 The Bombay High Court on 21st April 2022 ruled that under the Maharashtra Stamp Act, the Collector of Stamps cannot revise stamp duty once it has been levied and paid, through the single bench of Justice Bharati Dangre in the case of Sukkon Construction Pvt. Ltd. vs The Collector of Stamps & Anr. [Writ Petition (L) No. 6268 of 2022].

In the present case, the court was hearing a writ petition challenging the petitioner’s demand notices and show-cause notice.

Vasudev Babayya Kamat, the petitioner, assigned his leasehold rights, title, and interest in a 1-acre plot in Mouje Oshiwara to Sukoon Constructions Pvt. Ltd. in 2009. In 2010, the petitioner paid a stamp duty of more than Rs. 30 lakhs on this deed of assignment, as decided by the Collector. The Collector of Stamps issued a notice in December 2013 stating that the audit office discovered that the deed was incorrectly stamped. In 2019, the petitioner received 2 demand notices claiming more than Rs 26 lakh in overdue stamp duty. A 3rd notice was subsequently sent, stating that a penalty of about Rs 74 lakh was also due. In the Bombay High Court, the petitioner challenged these notices.

The counsel for the petitioner contended that the Collector violated natural justice principles by failing to provide the petitioner with a hearing before revising the stamp duty and sending demand notices. He relied on the judgement of Guruashish Construction Pvt. Ltd. v. Collector of Stamps [2012 SCC Online Bom 584] to make the argument that the Collector of Stamps had endorsed the deed and that this endorsement could only be revised by the Chief Controlling Revenue Authority within a 6-year limitation period under section 53-A of the Maharashtra Stamps Act. As a result, the revision of stamp duty is ex-face illegal and beyond the Collector’s jurisdiction.

The counsel for the respondent contended that the notifications were justified since the stamp duty was not correctly computed in 2009.

The court examined the relevant Act provisions and determined that the Collector had exceeded his jurisdiction under Section 32 of the Act. The court relied on the Supreme Court judgement in Government of Uttar Pradesh v. Raja Mohammad Amir Ahmad Khan [AIR 1961 SC 787], which held that the Collector could not have revised the stamp duty upon the Deed of Assignment when he had already levied the stamp duty and endorsed a certificate to that effect on the Deed, and on which the petitioner had also paid the stamp duty.

The Bench furthermore stated that the Collector exceeded his jurisdiction in revising the stamp duty because it was incorrectly leviedSS and that since he had become functus officio, he could not have exercised the power of revising the duty, which is only available to the Chief Controlling Revenue Authority under Section 53-A of the Stamp Act.

Therefore, the court dismissed notices stating that the petitioner had failed to pay stamp duty on a deed of assignment. A show-cause notice was also issued, asking why the petitioner’s properties should not be attached for non-payment of the alleged outstanding sum of more than 1 Crore Rs was also set aside.

Accordingly, the petition was quashed and set aside.