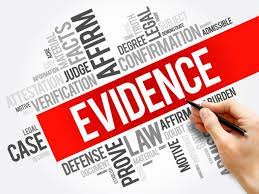 The Bombay High Court on 14th July 2022 ruled that a disclosure statement made by a co-accused according to Section 27 of the Evidence Act is not admissible as legal evidence against a non-maker accused, through the single bench of Justice N. J. Jamadar in the case of Raju Jokhanprasad Gupta vs State of Maharashtra (Bail Application No. 1406 of 2022).

According to the facts of the case, the first informant/victim, Kiran Ratilal Kataria, works as a Vice-President (HR) with Rieter Company, and the Applicant, Raju Gupta, is the proprietor of ‘Ravi Steel,’ which used to lift scrap produced at the First Informant’s Company. The company terminated the applicant’s scrap material contract in November 2021; since then, the applicant has been attempting to restore the contract; nevertheless, because the contract has not been reinstated, the applicant and the co-accused have planned an attack on the company’s officers.

In pari materia with this, on December 27, 2021, Accused No.4 stopped the first informant’s car and attempted a hit with the scythe on the first informant’s neck. He also threatened the first informant that his life would not be spared, but when the other employees of the company arrived at the site, the assailants left. The petitioner and co-accused were arrested after the criminal case was registered. Following that, the accused moved to the High Court for bail, contending that because the Co-accused had been released on bail and the applicant had been in custody since December 28th, 2021, prolonged detention of the applicant as an under-trial prisoner was not required.

The applicant’s counsel stated that the information available against the applicant primarily consisted of the first informant’s statement and the disclosure statement purportedly provided by the co-accused incriminating the applicant.

The bench noted at the onset that there was information to establish that the first informant and his driver had sustained injuries in the alleged incident, although the injuries appeared to be minor. Regarding the disclosure statement, the Court stated that the applicant’s arguments were reasonable and that the disclosure statement produced by the co-accused according to Section 27 of the Evidence Act is not lawful evidence qua a non-maker accused.

The bench further stated that the evidence on record implies that the petitioner was keen to get the contract to lift the scrap material reinstated. This might provide a motive for the alleged offences. However, in the aggregation of the facts, the existence of the conspiracy and the connection between the applicant and the assailants are the subjects of evidence and trial. The fact that the first informant and injured prima facie incurred minor injuries also have an impact on the exercise of discretion.

Accordingly, the bail application was allowed.