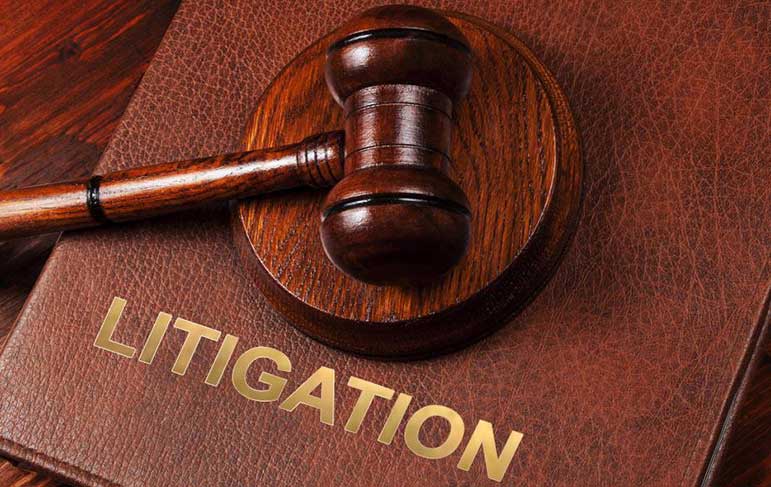 Constitution jurisdiction of the tribunal for adjudication of dispute in the presence of the petitioner : High Court Of Calcutta

The legal tests for holding a party necessary for an adjudication has also not been followed by the tribunal. There is no discussion whether he petitioner has a direct or substantial interest in this subject matter of reference of whether it is present in the necessary for answering the issues arising out of it. When the tribunal  held that for adjudication of the dispute the presence of the petitioner urine is necessary it has obviously meant to be a necessary party. For deciding whether a party is necessary it is essential to come to a finding that without him no order can be effectively maid. But here there is no determination by the tribunal whether and, if so, by the presence of the petitioner was necessary for effective incomplete adjudication of the reference. Without any such effort the conclusion arrived at by the tribunal has been rendered rather valuable, upheld by the high court of Calcutta, by the learned bench of the Honourable Justice Sambuddha. Chakrabart, in the case of Indian Oil Petra as Private limited V. Union of India and others, W.P.No. 18127 (W) of 2014.

The petitioner is a private company which had an L.P.G. import and export terminal at Haldia till August 4, 2011. Ramalesh Das carrying on business in the name and style of Navnil Enterprise, i.e., respondent no. 3 herein, was engaged by the petitioner as a contractor to carry out the works of operation and maintenance of the petitioner’s bottling plant and statutory testing plant at Haldia. The respondent no. 3 is a contractor and has the requisite license under the Contract Labour (Regulation and Abolition) Act, 1970 to carry out the said work.

The workmen contended in their application that they used to perform their works under the direct control and supervision of the officers of the petitioner. But to conceal the real state of affairs the petitioner used to pay the workmen through the contractor on behalf of the company. Except making payment of wages, the respondent no. 3 had nothing to do with the day to day function and business of the workmen. The contract between the writ petitioner and the respondent no. 3 was sham. The workmen were all employed by the petitioner at different times from January 2008 to discharge perennial nature of jobs and they worked continuously till their termination of service.

It was further contended by the respondent no. 4 in its application before the tribunal that the action of the company in terminating the workmen amounted to retrenchment within the meaning of Section 2 (OO) of the Industrial Dispute Act and the action impugned by the workmen in the industrial dispute was invalid and void in law.

The high court laid out that the tribunal appears to have approached this issue from an incorrect perspective. A party cannot be added as a necessary party to a proceeding upon the failure of the respondent to show that it is not a necessary party. Thus it stated that onus entirely and exclusively lies on the applicant who seeks an affirmative in the form of a juridical order of its contention. The rule is best expressed in the maxim ei qui affirmat non ei qui negat incumbit probatio, i.e., the burden of proving a fact is on the party who asserts the affirmative of an issue and not upon him who denies it. The court justified the adherence to this ancient rule in Joseph Constantine steamship Line Ltd. Vs. Imperial Smelting Corporation Ltd. The Kingswood., reported in (1941) 2 All ER 165, being “founded on considerations of good sense and should not be departed from without strong reasons”. Thus the court said, even if the respondents had not shown any cause or had not even used any rejoinder to the application, the primary onus of the applicant to prove the necessity of the party sought to be added is never shifted. The question of showing cause to the application will arise only after the applicant discharges its initial onus. Therefore, the observation that the management of the respondent did not submit that the writ petitioner was not a necessary party is not a relevant consideration. The learned Judge of the Tribunal had erred in placing the onus on the respondents to come to a conclusion not based on a sound legal position.