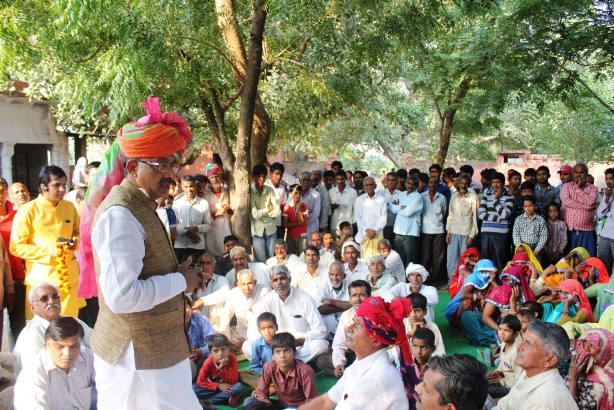 The petition stands allowed and disposed of by HIGH COURT OF MADHYA PRADESH AT INDORE in the case of SMT. SHAMABAI V. PANCHAYAT AND RURAL DEVELOPMENT DEPARTMENT through HON’BLE JUSTICE SUBODH ABHYANKAR

JUDGEMENT
In the present case the objections were filed by the respondent No.5. A reply to which was also filed by the petitioner and the Returning Officer has simply decided the said objection holding that certain columns of the Nomination Form were left blanks. Thus, instead of giving the petitioner an opportunity to cure the defects, the Returning Officer has very conveniently rejected her nomination paper, which in the considered opinion of this Court is not only runs contrary to the guidelines issued by the Election Commission, but in the light of the aforesaid guidelines, it also appears that the rejection of nomination paper of the petitioner was in arbitrary exercise of powers vested in the Returning Officer to deprive the petitioner to contest the election. In the circumstances, it cannot also be said that the rejection of nomination paper was on such a complicated ground, the recourse against which can only be taken in an election petition. In view of the same, the impugned order dated 07.06.2022 cannot be sustained and is hereby quashed and the Returning Officer is directed to allow the petitioner to cure the defect within three days time and proceed further as per the election programme. With the aforesaid, present petition stands allowed and disposed of.
PRIME LEGAL is a full-service law firm that has won a National Award and has more than 20 years of experience in an array of sectors and practice areas. Prime legal fall into the category of best law firm, best lawyer, best family lawyer, best divorce lawyer, best divorce law firm, best criminal lawyer, best criminal law firm, best consumer lawyer, best civil lawyer.