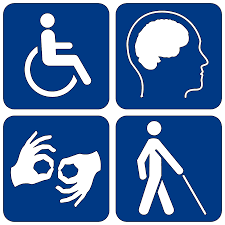 The writ petition to restore the seniority of a disabled employee was upheld by the Supreme Court through the learned bench led by HONOURABLE MS. JUSTICE Indira Banerjee in the case of NET RAM YADAV v. THE STATE OF RAJASTHAN & ORS. (Civil Appellate Jurisdiction Case No. 5237 of 2022)

FACTS OF THE CASE: Brief facts of the case are as follows; The appellant was chosen as a Senior Teacher by the Education Department of the Government of Rajasthan, in Deeplana, Hanumangarh, District Bikaner, following a competitive examination. The appellant is a disabled candidate from the “OBC” category. Nevertheless, the Appellant’s place of abode in the Alwar District, Behror, was around 550 kilometres from Deeplana, where he was placed. According to a circular published by the Rajasthan government’s finance department, all appointing authorities are required to take into account the appointment or posting of individuals with disabilities in or close to the location they choose at the time of appointment or posting. Following the publication of the Circular, the appellant requested, in light of his physical impairment, to be transferred to his hometown of Alwar.

So the Appellant was moved to Alwar by the Deputy Director of Secondary Education. His seniority was degraded as a result of the move to his home district. The Appellant was appointed to the Government Aadarsh Senior Secondary School in Nangalkhodia, Behror, Alwar in 2016 after being elevated to the position of Junior Lecturer. The name of the Appellant was not included in the 2017 temporary eligibility list of qualified teachers for promotion to the position of Head Master because it had been removed from the State and Divisional level seniority list in 2007 and, as a result, had changed the seniority list from 870 to 1318.

Before the Single Judge of the Jaipur Bench of the High Court of Judicature for Rajasthan, the Appellant filed a Writ Petition contesting the downgrading of his seniority. But the same was rejected. Thereafter, he appealed to the Division Bench, which also dismissed his appeal based on Explanation to Sub-Rule (10) of Rule 29 of the Rajasthan Educational Subordinate Services Rules, 1971 (the Explanation). As per the said Explanation, when an employee is transferred to a district based on his request, he should be placed below the junior most person in the district.

JUDGEMENT: After reviewing the submissions of both the sides, the bench opined that the Respondent-Authorities’ actions prima facie breached Articles 14 and 16 of the Indian Constitution. The court read the explanation and determined that it applied to all employees generally to discourage requests for transfers and that only district-wise seniority was impacted. The explanation won’t change seniority at the state level.The court recognised that the appellant was hired in 1993, far before the Circular for hiring/posting disabled people at or near their preferred locations was published in 2000. However, it also noted that the benefit of the circular had to be extended to candidates hired before it was issued, taking into account the fact that the purpose of issuing the Circular was to allow handicapped personnel to choose a posting at a convenient location. The Respondents were directed to restore the seniority of the Appellant in the State to the original position, taking into account the service rendered by him in Hanumangarh.