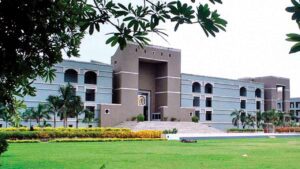 The Gujarat High Court on 10th August 2022 ruled that termination of service due to a non-probation extension would not constitute ‘retrenchment’ under Section 2(oo)(bb) of the Industrial Disputes Act, through the single bench of Justice Biren Vaishnav in the case of Chief Executive & 1 other(s) vs Vanjibhai Laljibhai Chaudhary (Special Civil Application No. 10361 of 2008).

According to the facts of the case, the Petitioner-Aga Khan Rural Support Programme (India) had challenged the Labour Court award through its Chief Executive. The petitioner contended that the Trust was not an “industry” within the meaning of Section 2(j) of the ID Act since they terminated the workman’s service during his probation, it would not amount to a “retrenchment.” The case of Gujarat Cancer and Research Institute vs Sanjay Chandrakant Vyas [2001(3) GLH 732] was cited to support this contention.

On contrary, the Respondent contended that the appointment order indicated that the Respondent may be continued for more than two years. Termination before this period constituted a violation of the conditions of the order.

The bench relied on Municipal Committee, Sirsa vs Munshi Ram [2005(2) SCC 382], which stated that an appointment made on probation/ad hoc for a specific time and such appointment comes to an end by efflux of time and the person holding such post has no right to remain in the job.

Furthermore, in the case of Gujarat Cancer and Research Institute, it was held that the restrictive provisions relating to retrenchment are not applicable in the facts of the present case because the respondent’s termination of service was firmly covered by the exception clause added to the definition of “retrenchment” in Section 2 (oo) (bb) of the I.D. Act. This was a case of a worker’s service being terminated due to non-renewal of an employment contract, as well as the contract is terminated due to an express clause in that regard stated in the contract. As a result, the Labour Court’s conclusion that the provisions of Sections 25F, 25G, and 25H of the I.D Act were violated is wrong.

Accordingly, the petition was allowed and the Labour Court’s decision was quashed.