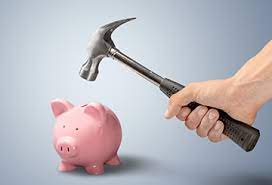 The Gujarat High Court on 2nd August 2022 ruled that Motor Accident Claims Tribunals may allow claimants whose compensation is invested in fixed deposits to withdraw the funds prematurely to fulfil the “exigencies of life”, through the single bench of Justice Gita Gopi in the case of Bipinchandra Babulal Thakker vs Govindbhai M. Prajapati (Special Civil Application No. 13772 of 2022).

According to the facts of the case, the petitioner is a 62-year-old claimant who had filed a petition and challenged the learned Motor Accident Claims Tribunal (Aux) order of 27.6.2022 in MACMA no.202 of 2022 in connection with MACP no.460 of 2010. The application was for the premature withdrawal of FDR deposited in the Central Bank of India, Mithakhali Branch, Ahmedabad, by the orders issued in the judgement and award rendered on 08.08.2018, in MACP no.460 of 2010. Petitioner’s application was rejected and the Tribunal failed to recognise the reason for premature withdrawal as having obtained P.R. of USA and planning to go to America. The petitioner’s daughter is in America, and due to his age, he proposes to stay with her, especially since he has received P.R. of USA.

After a motor accident, while working as a wholesale bookseller, the Petitioner was granted Rs. 6.5 lacs in compensation. 30% of the funds were provided to him in the form of a cheque, with the balance maintained in an FD.

The Petitioner contended that, as a senior citizen, he needed the money for medical expenses. The Petitioner drew the Bench’s attention to A.V. Padma & Ors. vs. R. Venugopal & Ors. [(2012) 3 SCC 378] to opine that the Tribunal was obligated to give thoughtful consideration to the Claimant’s requirements and should avoid a “mechanical approach” that overlooked the Act’s intent and spirit.

The Tribunal, according to Justice Gopi, neglected to consider that the 62-year-old Claimant was interested in settling down in the United States, and the amount invested in his name had become his requirement to maintain himself.

According to the Single Judge Bench, the intention of depositing the Claimant’s money in a Fixed Deposit Receipt was for the Claimant’s benefit to secure the safety of the amount. The High Court stated that if the amount is not provided to the Petitioner, it will be useless to him since he will not be staying in India.