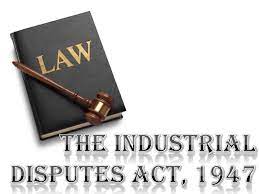 The Gujarat High Court on 5th August 2022 ruled that where a specific condition is stated in the consent letter of employment that the appointment is on a contractual basis, such worker cannot claim any benefit by alleging that the Respondent establishment violated Section 25(F) of the Industrial Disputes Act, through the single bench of Justice Sandeep N. Bhatt in the case of Rasmilaben R. Thakker vs IndexT/C Industrial Extension Cottage 1 other(s) (Special Civil Application No. 12240 of 2008).

According to the facts of the present case, The petitioner-worker had challenged the legality and validity of the impugned award dated 01.04.2008 passed by the Labour Court, Ahmedabad by filing the present petition under Articles 226 and 227 of the Indian Constitution.

The Petitioner, alleged to have been sexually harassed by her immediate superior and was challenging a Labour Court Court judgement by contending that the Labour Court should have held that the contractual appointment was only a “camouflage” and that she was entitled to retrenchment compensation.

The Respondent insisted that the Petitioner was employed as a Gujarat Steno on a fixed salary on a contract, so Section 2(oo)(bb) of the ID Act was invoked, which states that when an employee’s fixed term of employment expires, refusal from service by the employer does not amount to illegal termination of that employee’s services.

After considering these arguments, the Bench determined that the issue of the consent letter was obviously contested due to the Petitioners’ varied statements. Furthermore, the Labour Court noted that the Petitioner was on a fixed salary, but that the appointment was only for one year, and that this was signed by the Petitioner, which was not challenged.

The Labour Court also relied on the case of State of Karnataka and Others vs. Uma Devi [2006 II C.L.R. 261], in which the Supreme Court ruled that backdoor entries were not permitted without due procedure and that temporary employee could not receive the same benefits as permanent employees of the establishment. Thus, The High Court refused to dismiss the impugned order, stating that the Petitioner had signed the consent letter for the one-year appointment and that the Labour Court had issued a well-reasoned order.

Accordingly, the present petition was dismissed.