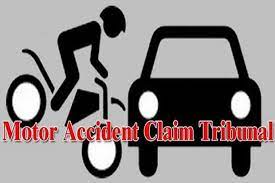 This particular decision is upheld by the High Court of Gujarat through the learned bench led by HONOURABLE MR. JUSTICE SANDEEP N. BHATT in the case of National Insurance Co. Ltd. v. Rajeen Rafiqahmed Vohra (R/First Appeal NO. 435 of 2014).

The instant appeal was preferred by the Insurance Company being aggrieved and dissatisfied with the judgment and award passed by the Motor Accident Claims Tribunal by which the Tribunal has awarded Rs.65,200/- with 7.5% interest p.a. from the date of the claim petition.

The claimant was travelling on a motorcycle as a pillion rider and the same was being driven by present opponent 2 in a rash and negligent manner and at excessive speed. When they reached near the place of the accident, at that point time, one Tempo which was driven by present opponent 4 rashly and negligently and at excessive speed, dashed with the Hero Honda motorcycle. Due to said accident, an original claimant had sustained serious injuries including fracture. Therefore, the claim petition was preferred to get the compensation of Rs.3 lakhs.

The Tribunal had framed issues for determination and had recorded evidence and consequently granted the abovementioned compensation. Thus, an instant appeal was filed by the Insurance company.

Advocate appearing for the Insurance Company has submitted that the negligence of the Tempo driver was required to be held as 100% as charge-sheet is filed against the driver of tempo but the Tribunal had not considered that aspect. He had further submitted that disability, which was considered by the Tribunal to the tune of 10% body as a whole was also erroneous, therefore, he prayed that the present appeal was required to be allowed as the Tribunal had committed material errors in considering the documentary evidence available on record while considering the aspect of negligence.

The Court considered the aspect of the negligence from the Panchnama drawn of the scene of offence which revealed that none of the drivers had applied brakes and the road having the width of 11 feet only there is no divider, therefore, considering the position of the vehicle and also considering the FIR, the Tribunal has rightly found that the negligence of Tempo is 80% and negligence of Motorcycle is 20%. Moreover, with regard to the liability aspect, which was considered by the Tribunal by holding the Insurance Company to pay the entire amount, is also found just and proper in the circumstances of the case and more particularly the claimant is pillion rider and is a third party to both of the vehicles and he can recover the amount from any of the tortfeasors. The Court further relied on the judgment of the Supreme Court in Khenyei v. New Indian Assurance Co. Ltd., where it was held that it would be open for the Insurance Company to recover 20% of the amount from the owner of the bike.

The Court dismissed the appeal stating that it is needless to say that the Insurance Company was unnecessarily filing such an appeal for a small amount like Rs 65,200/- in such glaring facts and circumstances of the case.