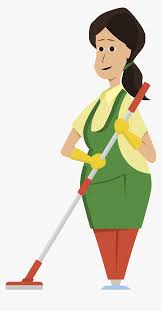 This particular decision is upheld by the High Court of Gujarat through the learned bench led by HONOURABLE MR. JUSTICE BIREN VAISHNAV in the case of State of Gujarat v. Saurashtra Majur Mahajan Sangh (R/Special Civil Application No. 14955 of 2021).

The instant petition was filed by petitioner who was aggrieved by the award dated 14-02-2020 by which petitioner-State of Gujarat has been directed to pay to the respondent-sweeper, salary for undertaking work for four hours a day together with arrears from the date of reinstatement. It was also directed that when a regular process of recruitment is undertaken, looking to her tenure of service since the year 1985, preference be given to her.

Respondent-Union raised an industrial dispute on behalf of– part-timer in reference to extending the benefits that were available to full time employees. It was contended that she had completed over 30 years of service and even thereafter she was still being paid fixed wages though working in the establishment from 10 am to 6.30 pm.

Counsel for the petitioner argued that she was not appointed on a permanent set up but she worked as and when there was work available for a period of two years for cleaning and serving water. That she was paid through the contingency funds. That, there was no regular set up and since her appointment was not in accordance with the procedure of recruitment, she was not entitled to regularization.

Perusal of the reasoning assigned by the Industrial Tribunal for granting the benefits of fixed pay of 4 hours of work and only granting a limited benefit of letting the respondent-workman participate in the recruitment process as and when taken, was:

The Court found no fault with the reasoning of the Tribunal and dismissed the petition.