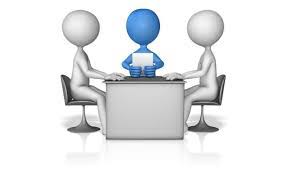 The concept of an interim award under the Arbitration Act has recently been discussed by the Calcutta High Court. The petitioner’s argued that the order, dated August 24, 2019, was an interim order under the Act as the court heard Lindsay International’s motion to set aside the order.

In Lindsay International Private Limited v. IFGL Refractories Limited (C.A.P. 627 of 2019), a single judge bench presided over by Honorable Justice Moushumi Bhattacharya ruled that the impugned decision dated August 24, 2019, neither met the requirements for an interim award under section 2(1)(c) or section 31(6) of the 1996 Act, nor did it have those awards’ hallmarks. Consequently, it is not possible to challenge the contested order under section 34.14 of the Act.

Lindsay International, the petitioner, requests the overturning of an order dated August 24, 2019, which denied the petitioner’s requests under Section 16 of the Arbitration and Conciliation Act, 1996. Lindsay refers to the judgment as a “Award” or “Interim Award” and has submitted the current applications to set it aside in accordance with section 34 of the Act.

The court also talked about the “definition” of interim and partial awards under the Arbitration Act during this process.

The court also cited Harinarayan G. Bajaj v. Sharedeal Financial Consultants Pvt. Ltd, in which a single bench of the Bombay High Court ruled that jurisdictional issues would be the focus of an order made under section 16 of the Act. Additionally, it cited a Delhi High Court Single Bench decision that reached the same verdict in Union of India v. East Coast Boat Builders & Engineers Ltd., concluding that an order on the issue of the arbitral tribunal’s jurisdiction would not constitute an interim award.

The term “Partial Award,” which was highlighted by the court, was declared to have no place in the 1996 Act. An interim award is included in the definition of “arbitral award” in Section 2(1)(c).

It followed that an interim award had to be a decision regarding the dispute that the parties to the arbitration had presented to the tribunal in the form of a statement of claim and defense/counterclaim (refer section 23).

In this case, the petitioner (Lindsay) argues that the Arbitrator was not authorized to make a decision on the novation/supersession issue because doing so would have amounted to deciding the case’s merits. Regarding the merits, Lindsay argued that by rejecting the claim that the MOU supersedes the arbitration agreement, the arbitrator has made a determination regarding one of the main disagreements between the parties.

Sakya Sen, the petitioner’s attorney, argued that the nature and character of the award are determined by its core and substance rather than its nomenclature. The attorney also cited a number of decisions in support of his argument that any order made by an arbitral tribunal in response to a section 16 application would count as an award if the tribunal rules on the merits of the dispute. Counsel claims that the learned Arbitrator did not find that the parties’ earlier contract had been modified by the later Memorandum of Understanding while evaluating the extent of the existence of the arbitration agreement between them (MOU).

The respondent’s attorney, Senior Advocate Anindya Mitra, speaking on behalf of IFGL, disagreed with Lindsay’s request for relief and argued that in order for the decision to be considered an award, it must resolve a claim that was raised in the arbitration on merits.

Counsel claimed that the contested order was “a decision on the jurisdictional question of whether the Arbitrator can entertain any claim referred for adjudication on the merits of the claim is only made by the Arbitrator pursuant to section 16 of the Act. According to the attorney, IFGL made no claims regarding the alleged novation or supersession of the agreement by the subsequent MOU.”

As a result, the petitioner lost the maintainability argument, and there was no need to consider whether the decision should be overturned under Section 34 of the Act.