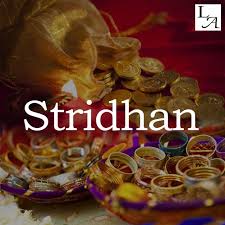 Through this application, accused applicants have sought quashing of the proceedings of the said trial, as well as a stay of further proceedings in the court below by invoking inherent power u/s 482 CrPC.

FACTS OF THE CASE: Complainant’s allegations are that she was married to applicant 1(husband) in her parental house. In her coverture besides cash amount of Rs.3 lacs was sent and Rs. 3 lacs and seventeen thousand was spent on other expenditures and thus a total sum of Rs.6,17,000/ was spent. After the nuptial, she went to her in-law’s house where she was tortured because of the rapacious attitude of the applicants for an additional demand of a Tata Sumo Car with a cash amount of Rs. Five lacs. After staying there for a few days her husband came to take her back, she accompanied him and went to her in-law’s place but after they got to know that she did not bring any money they threatened her with life and with dire consequences. She returned back to her parents. The applicants turned her down when she requested the return of her stridhan. The complainant filed a breach of trust case based on the foregoing allegations. Using the complaint case procedure, the trial Magistrate took notes on the applicants’ remarks and those of her witnesses and then summons them to appear. As a result, the accused applicants have filed an application under Section 482 of the Code, asking for the entire proceedings to be quashed.

JUDGEMENT: Hon’ble court stated that the husband may be guilty of the commission of a breach of trust and mis-utilizing the stridhan of the respondent. He should be left to

prove his innocence in a proper trial but so far as the rest of the applicants are concerned, as opined herein above their prosecution is nothing but vexatious, malafide, ulteriorly

motivated and with territorial jurisdiction and in such a view should not be permitted to be carried on. They all need not appear before the trial court. Accordingly, the said extent of this Criminal Misc. Application is allowed.