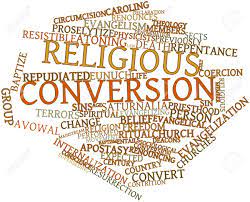 The petition to transfer the investigation to the C.B.I. was upheld by the High Court of Madras (Madurai Bench) through the learned bench led by HONOURABLE MR. JUSTICE G.R.Swaminathan in the case of Muruganantham Vs. D.G. of Police & Ors (Criminal Original Petition Case No. 1344 of 2022)

FACTS OF THE CASE: Brief facts of the case are as follows; A 17-year girl from Thanjavur, known by the pseudonym ‘L’ for anonymity, committed suicide over an allegedly fraudulent and forceful religious conversion. L” was a student studying in the 12th standard at Sacred Heart Higher Secondary School, Michealpatti and stayed at the hostel run by the school. In January 2022, L consumed pesticide and, after continuous vomiting, was taken from the hostel and admitted to the hospital by her father, the petitioner.

Here, the real cause for her ailment was revealed, and the police were informed. An F.I.R. was filed under Sections 305 and 511 of I.P.C. and Sections 75 and 82(1) of the Juvenile Justice (Care and Protection of Children) Act 2015. The judicial magistrate recorded her statement on the same day, and she subsequently passed away a few days later. The present petition was filed under Section 482 of CrPC to transfer the investigation of the case from the fourth respondent to the CBCID or any other independent investigating agency under the supervision of the first respondent and complete the investigation, and file the final report within a stipulated period as may be fixed by the Court.

JUDGEMENT: After reviewing the submissions of both sides, the judge reasoned out why the same is necessary, and the state police were not fit to carry out the further investigation in the sensitive case and stated that it was the Court’s duty to render posthumous justice to the child. “Since a high-ranking Hon’ble Minister has taken a stand, investigation cannot continue with the State Police. Court pointed out statements by the education minister and two other high-ranking ministers who have completely exonerated the school management from the charge of conversion. The bench clarified that there was enough indication to suggest an attempt to convert the girl to Christianity, “The original narrative was that the girl committed suicide unable to bear the treatment meted out to her by Sister Saghayamary, the hostel warden. The private video, as well as the statements of the parents, indicate that there was an attempt at conversion to Christianity. The Court also made various references to Pop Culture to infer the possibility of a conversion angle. The Court pointed out that the Constitution of India gives the Right to Propagate religion, not the Right to Convert. The Court stated that even though legislations have been formulated in several states in order to curb forcible conversions, they were challenged in the Supreme Court, whereby members of the Christian community argued that the right to propagate one’s religion is enshrined in Article 25 of the Constitution means the right to convert a person to one’s religion. “Of course, the Hon’ble Supreme Court rejected the said submission by holding that the expression “propagate” used in Article 25(1) would not encompass the right to convert, and there is no fundamental right to convert another person to one’s religion. The Court slammed the attitude adopted by the Superintendent of Tamil Nadu police and said that “the truth of the matter is that she had before her two more materials, namely, the private video and the parents’ petition”, but instead of ordering the investigation officer to take the additional materials to account, the S.P directed the local police to register an F.I.R. against the person who had taken the video. The Court also described the counsels on record as genuine ambassadors of the interfaith fraternity but questioned whether Sister Saghayamary were made of the same fibre. The bench concluded with hope in the investigation of the C.B.I. to find the truth of the case. It, therefore, directed the Director, Central Bureau of Investigation, New Delhi, to assign an officer to take over the investigation from the State Police.